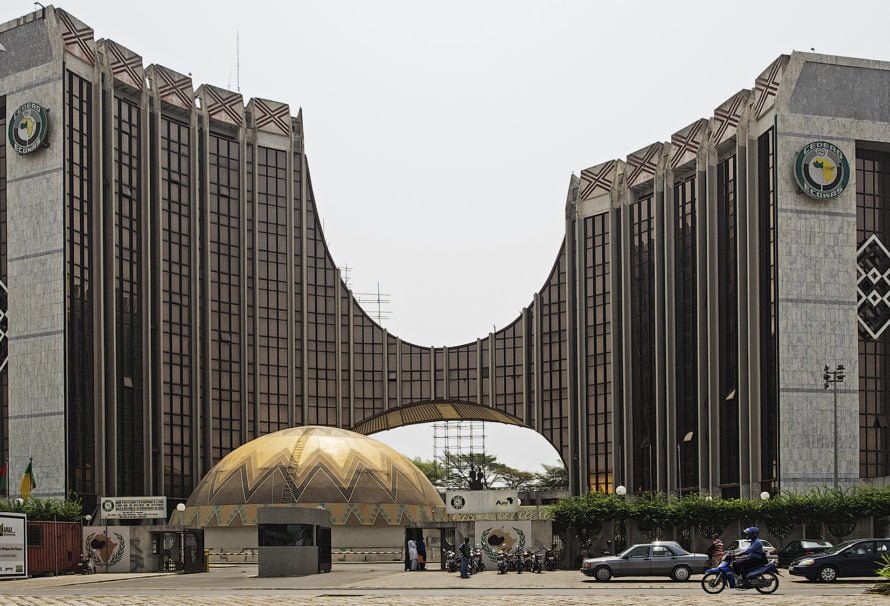 ECOWAS Bank for Investment and Development says it is ready to aid Ghana’s Judiciary after investing over $300-million into Ghana’s economy.

The areas the bank said to include energy, trade, technology, tourism, and hospitality industry.

Dr. George Nana Agyekum Donkor, the President of the Bank, made this known when he and other staff of the bank paid a courtesy call on Chief Justice Kwasi Anin Yeboah at his office in Accra on Monday.

The meeting was to provide an opportunity for the bank to discuss with Ghana’s Judiciary on matters of mutual interest.

Dr. Donkor said the bank was currently constructing an ultra-modern hospital in Bekwai in the Ashanti Region and a shopping mall in Kumasi.

As well as providing electricity to 114 communities in Ashanti and Bono Region.

Dr. Donkor, who had also worked on the bench and left in 2003, said he was elated to have returned to Ghana to hold discussions with Ghana’s Judiciary.

“We are here to meet the judiciary to see how best we could be of use to them in their operations, especially in the training of judges and staff in the area of Information Communication and Technology (ICT). The bank is ready to collaborate with the judiciary in the areas of mutual interest,” he added.

According to him, the bank has over the years followed the development in the judiciary, adding that the judiciary was key to the progress of every nation.

“If the judiciary does well, we will also do well“, he added.

The President of the Bank said as a matter of urgency, the Bank was going to lend support to aid in the training of Judges and staff.

Chief Justice Yeboah appealed to the bank to assist the judiciary to build its Judicial Training Institute.

According to the Chief Justice, the land was acquired but the judiciary’s challenge was with funding of the project.

“Our problem has to do with financing. It has not been easy securing funding for the project to look at our budgetary allocation. The judiciary is a non-profit making institution. We would have gone far but for the money. We need about $50 million for the construction of the institute.”

Chief Justice Yeboah said the Indian High Commission had promised to provide the judiciary library with over 50,000 books.

According to Justice Yeboah, the training institute was crucial in the training of judges and supporting staff adding “we need to be abreast with Technology now.”

The bank is made up of 15-member states and is located in Togo.