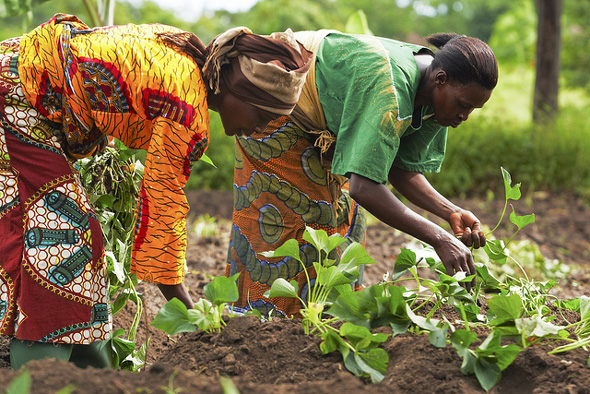 Partners of the Grow Campaign in Ghana, yesterday in Accra, organized a policy dialogue meeting to address issues facing farmers in the agricultural sector.

During a panel discussion at the event, it was revealed that farmers in the sector were facing heavy setbacks in the three aforementioned areas. With budget analysis, it was revealed that women farmers were affected in this regard as Ghana did not have an effective system in gender-responsive budgeting.

READ ALSO:  The media is part of the reasons why we are not representing Ghana internationally

On climate change, farmers were not benefiting sufficiently from the irrigational structures implemented by the government. It was expressed that the government should renovate or consider implementing new strategies to help irrigation, especially in the north.

Speaking on this issue Mr. Charles Kwowe Nyaaba, Head of Programs and Advocacy PFAG, said the government had to review the One Village One Dam (1V1D) initiative as some dams were not actively aiding farmers.

“We are using this platform to convey our suggestions to the Ministry of Special Development Initiatives so that an amiable solution instituted so that farmers would not be heavily burdened during climate changes,” he added.

READ ALSO:  Dampare has the gut to deal with anyone who crosses the line – Prof Kwesi Aning

Touching on the issue of land rights Madam Lois Aduamoah-Addo, Programme Officer WiLDAF, was optimistic that the outcome of the discussions would aid farmers who were struggling to enjoy the full benefits that came with complete ownership of farmlands.

According to her, farmers who were farming on borrowed lands were unable to enjoy the full benefits of their labour and hoped that the Lands Bill before Parliament would soon be passed into law to aid farmers.

“I hope the President would accent the bill so that the rights within this bill can be enforced and farmers especially women farmers will begin to enjoy the full benefits of their labour,” she added.

Founder and Leader of the Glorious Word Power Ministries International Reverend Isaac Owusu Bempah has been remanded in police custody...

The Achimota School and the Attorney-General have gone back to court to contest the ruling of the High Court that...