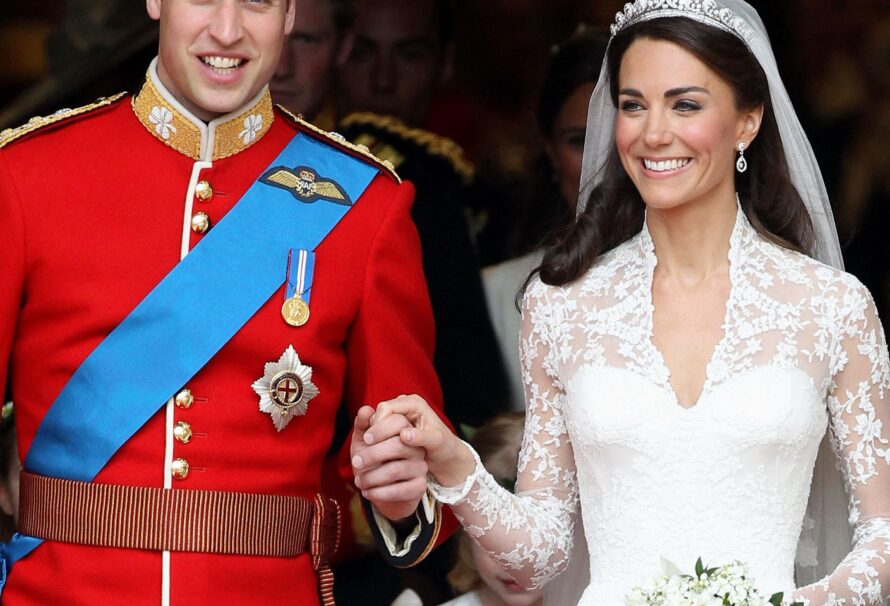 10years of royal couple Kate and William's life in pictures

Today, April 29th mark the 10th marriage anniversary of the Duke of Cambridge, Prince William, and his wife, Duchess of Cambridge,Kate Middleton.

The couple tied the knot on April 29, 2011 in a ceremony attended by 2,000 friends, family and dignitaries inside Westminster Abbey, a royal church in the centre of London, United kingdom and watched by an estimated 2 billion people worldwide.

BBC report, “when they left Buckingham Palace hand-in-hand the day after their wedding, the royal couple weren’t just bound for their secret honeymoon location. They were also about to embark on a life together that has seen them travel the world, work with charities and raise a family”.

According to the report, Cambridges has issued two new portraits taken by photographer Chris Floyd of the couple outside Kensington Palace to mark the wedding anniversary.

The pictures shared on the Royal Family’s social media account was accompanied with a message which reads: “Wishing The Duke Duchess of Cambridge a very happy wedding anniversary.”

The oldest son of the queen and father of Prince Williams, Prince Charles also known as Prince of Wales and his spouse, Duchess of Cornwall also congratulated the couple in a message featuring a party popper emoji.

BBC celebrated the ten years marriage journey of the couple in pictures.

Royal duties began right away for William, then 28, and Kate, then 29. Less than three weeks after the wedding, in May 2011, they met US President Barack Obama and First Lady Michelle Obama at Buckingham Palace.

The couple cheered on athletes with former Prime Minister David Cameron when London hosted the Olympics the following year.

The early years of their marriage saw William and Kate represent the Queen on trips abroad. During a tour in September 2012 to mark her Diamond Jubilee, they visited Singapore, Malaysia, the Solomon Islands and Tuvalu.

They became a family of three when Kate gave birth to Prince George in July 2013. The couple posed for photographs with their first child outside St Mary’s Hospital in central London.

The young Prince George accompanied them on their travels. William and Kate’s three-week tour of Australia and New Zealand in the spring of 2014 was their first official overseas trip with their son.

Princess Charlotte was welcomed to the world the following year. The duke and duchess showed her off to other family members, including the Queen, at a christening in July 2015 on the Sandringham Estate.

They continued to carry out some royal duties alone, however, including a tour of India in April 2016, when they visited the Taj Mahal.

Some of their overseas trips, including one to Pakistan in October 2019, involved a lot of physical activity.

Meanwhile, they were raising the newest addition to the Cambridge clan – Prince Louis, who was born in April 2018. The family of five was pictured standing next to other family members at the Trooping of the Colour

And as the pandemic took hold, the duke and duchess thanked those who kept essential services running in the UK. On a three-day tour aboard the Royal train in December, they met front-line workers including transport staff at London’s Euston station.

The children got involved, too, accompanying their parents to a special pantomime performance at London’s Palladium Theatre over Christmas to thank key workers and their families

Throughout their marriage, William and Kate have channelled their efforts into charitable causes, especially those that concern mental health. They spoke to London ambulance staff on a rainy day in March about the wellbeing support being provided for them.

And as the couple approached their tenth wedding anniversary this week, they picked up golf clubs while meeting young people supported by a charity in Durham. It was smiles all around.