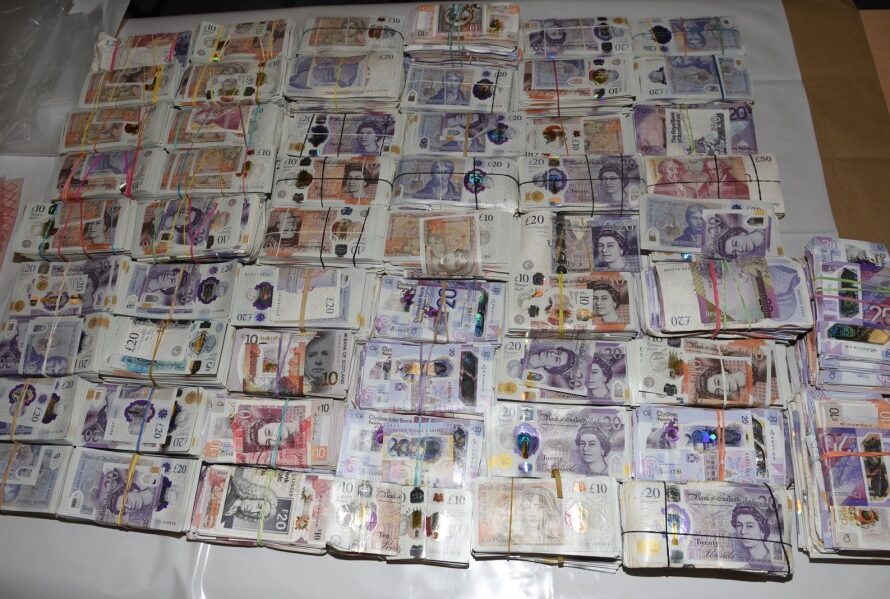 A 30yr old British lady, Tara Hanlon, has been arrested at Heathrow Airport attempting to board a flight to Dubai with a ₤2million cash hidden inside 5 suitcases.

The lady from Leeds, Yorkshire, was stopped by Border Force at the Terminal 2 of Heathrow Airport at around 8 pm on Saturday, October 3.

Border Force Officers inspected her travel luggage and found ₤1.9 million in cash which appears to be the biggest money detection discovered so far this.

Tara Hanlon was arrested for money laundering and appeared before Uxbridge Magistrates Court on October 5.

Miss Hanlon was arrested alongside another lady, 28, from Doncaster, and an investigation was launched by the National Crime Agency (NCA).

One of the five suitcases full of cash

The other lady from Doncaster has been discharged under further investigation.

Chris Philp, Minister for Immigration Compliance and the Courts stated: “This is the largest individual cash seizure at the border so far in 2020 and I am delighted with the efforts of Border Force Officers.”