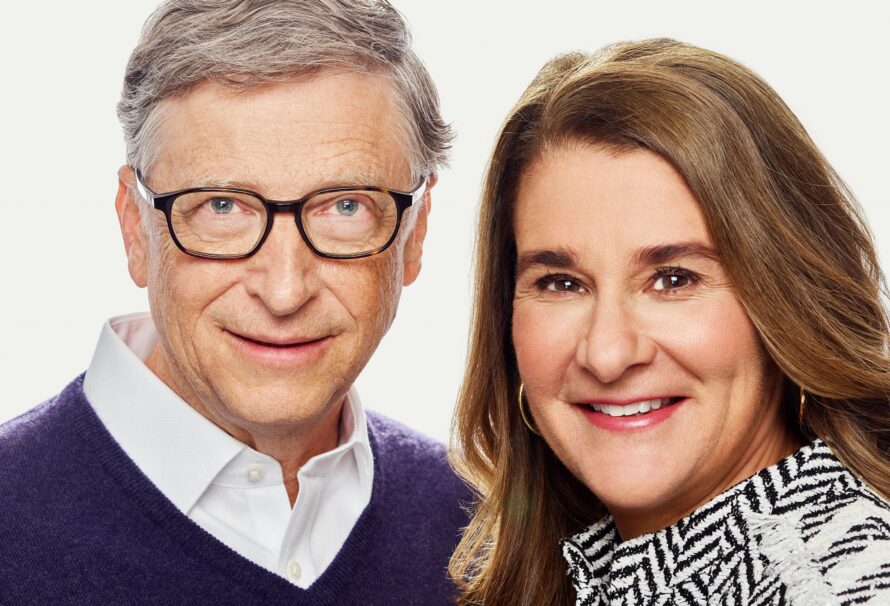 Bill Gates acknowledges an affair with an employee amid divorce

Co-founder of  Microsoft, Mr Bill Gates has acknowledge through his spokeswoman, Ms Bridgitt Arnold that he had an extramarital affair with a Microsoft employee.

Which Microsoft said led its board to investigate the “intimate relationship” shortly before he resigned from the board last year, reports Washington Post.

It is not clear what role the investigation or the affair, which took place two decades ago, played in the decision the Microsoft co-founder and his wife, Melinda French Gates, made to divorce after 27 years of marriage.

When they announced their divorce earlier this month, the couple posted identical and simultaneous tweets that “after a great deal of thought and a lot of work on our relationship, we have made the decision to end our marriage.”

In a divorce filing that day, French Gates called the marriage “irretrievably broken.”

“There was an affair almost 20 years ago which ended amicably,” Gates’ spokeswoman Bridgitt Arnold said in an emailed statement.

French Gates’s divorce lawyer, Robert Cohen, did not immediately respond to a request for comment.

Members of Microsoft’s board in 2019 looked into a Microsoft engineer’s allegations that she had a sexual relationship with Gates, according to Microsoft spokesman Frank Shaw.

“Microsoft received a concern in the latter half of 2019 that Bill Gates sought to initiate an intimate relationship with a company employee in the year 2000,” Shaw said in an emailed statement. “A committee of the Board reviewed the concern, aided by an outside law firm to conduct a thorough investigation. Throughout the investigation, Microsoft provided extensive support to the employee who raised the concern.”

Bill and Melinda Gates, who run one of the world’s largest philanthropies, plan to divorce after 27 years. Gates stepped down from Microsoft’s board in March 2020, but Arnold disputed that his departure was related to the investigation into the affair.

“Bill’s decision to transition off the board was in no way related to this matter,” Arnold said. “In fact, he had expressed an interest in spending more time on his philanthropy starting several years earlier.”

The Wall Street Journal reported Sunday that Microsoft directors decided that Gates needed to leave the board as it investigated the relationship.

READ ALSO:  I am sorry if I have hurt you in the past – Kwabena Kwabena

Shaw declined to say what the investigation revealed.

Bill Gates leaves Microsoft’s board, stepping further away from the tech giant he co-founded.

Separately, the New York Times reported Sunday that Gates pursued women who worked both at Microsoft and the Bill and Melinda Gates Foundation. French Gates hired divorce lawyers in 2019, after meetings Gates had with convicted sex offender Jeffrey Epstein became public, the Times also reported. Epstein, who had been charged with sexually abusing dozens of young girls in the early 2000s, committed suicide while in custody in 2019.

“It is extremely disappointing that there have been so many untruths published about the cause, the circumstances and the timeline of Bill Gates’ divorce,” Arnold said.

The Gateses’ divorce came as a surprise to many, who saw the couple as a power duo in the world of philanthropy. They spent much of the past two decades running their foundation, which has issued nearly $55 billion in total grant payments through the end of 2019. The couple said in their tweets they will continue to run the foundation together.

Forbes estimates Gates’s net worth of $128.3 billion, ranking him fourth on its list of the world’s wealthiest people.

A spokeswoman for Gates said his decision to leave the board has nothing to do with the romantic involvement with an employee.

“There was an affair almost 20 years ago which ended amicably,” she said, adding that his “decision to transition off the board was in no way related to this matter.”

The belated investigation into the affair came at a time that was marked by a groundswell of discussion at Microsoft about the treatment of women and Me-Too conversations in the broader industry. Since 2000, Microsoft had also put in place processes for investigating allegations and overhauled them with the goal of making them stronger, the company said.

Intel Corp. Chief Executive Officer Brian Krzanich resigned after the board was informed that he had had a consensual relationship with a subordinate, even though that relationship had ended years before and predated his appointment to the top job at the company. The board conducted investigations internally and via external counsel to confirm the violation of the company’s policies and made the announcement June 2018.

Gates and Melinda French Gates announced their divorce earlier this month after 27 years of marriage. Several reports, including those that emerged over the weekend, said she had raised concerns over his dealings with convicted sex offender Jeffrey Epstein.

The New York Times had reported in 2019 that Gates had met with Epstein several times, and once stayed late at his New York townhouse. Epstein had died in jail two months prior while awaiting trial on federal charges related to sex trafficking.

Gates’s spokeswoman denied the reports. The “characterization of his meetings with Epstein and others about philanthropy is inaccurate,” she said. “The rumors and speculation surrounding Gates’ divorce are becoming increasingly absurd.”

While Gates’ dealings with Epstein weren’t a part of the scope of the Microsoft investigation, it was discussed by some board members, according to a person familiar with the matter, who asked not to be identified because the information isn’t public.

The split also put a spotlight on the Gates fortune, valued at about $144 billion by the Bloomberg Billionaires Index, as well as their foundation.

The Bill and Melinda Gates Foundation is the largest of its kind on the planet. With more than 1,600 employees and offices around the world, it has already distributed more than $50 billion since its inception to causes like vaccine development and women’s empowerment.

Last week, Cascade Investment, the investment company created by Gates, transferred stock in Deere & Co. to his wife, bringing the total amount she’s received since they announced their divorce to more than $3 billion.

The investment vehicle transferred about 2.25 million shares worth about $851 million, according to a regulatory filing. That followed similar disclosures tied to Mexican companies Coca-Cola Femsa and Grupo Televisa and about $1.8 billion of stock in Canadian National Railway Co. and AutoNation Inc.