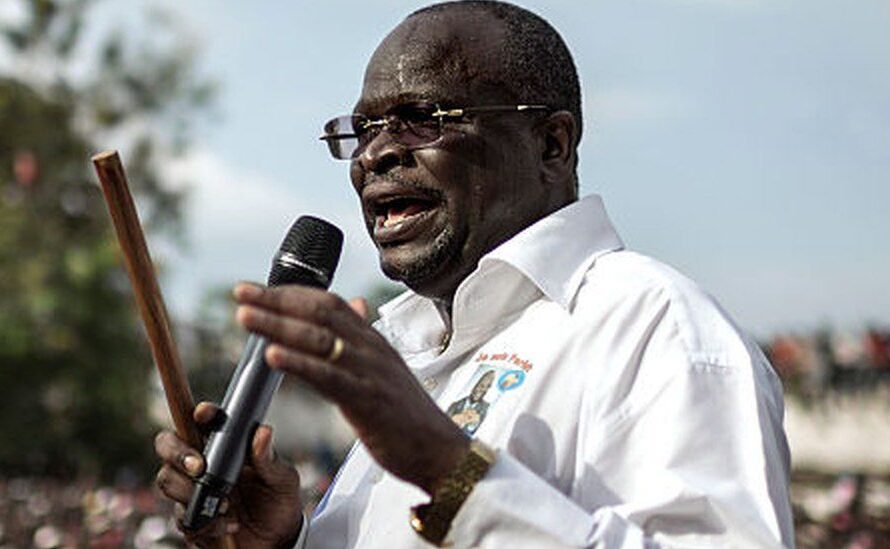 Guy-Brice Parfait Kolelas who had been battling COVID-19 disease at a hospital facility in the country died in a medical plane as he was being evacuated to France, his campaign director said.

Hours earlier the 61-year-old had appeared in a video shared on social media, where he removed his oxygen mask and told his supporters that he was “fighting death”.

He urged them to vote in Sunday’s poll.

The electoral law doesn’t annul the election if one of the candidates dies.

Mr Kolelas, who was diabetic, was one of six candidates running against President Sassou Nguesso, 77, who has been in power since 1979, except for a five-year period after losing elections in 1992.

READ ALSO:  My own brother would have been alive if he had access to ventilator early – Kwesi Pratt

Congo-Brazzavile has officially recorded more than 9,000 cases of Covid and 130 deaths.

Mr Kolelas had missed his final campaign event on Friday after saying a day earlier that he feared he had malaria, the Associated Press news agency reports.

He was admitted to a private hospital in the capital, Brazzaville, and it was later confirmed that he had Covid-19.

Speaking in French from his hospital bed, Mr Kolelas said: “My dear compatriots, I am in trouble. I am fighting death. However, I ask you to stand up and vote for change. I would not have fought for nothing.”

The head of the government’s Covid-19 response team, Elira Dokekias, said that Mr Kolelas’ condition had been serious on Saturday, the Associated Press reports.

After casting his ballot in the capital, Mr Sassou Nguesso wished Mr Kolelas a swift recovery.

A large crowd gathered to catch a glimpse of the president, with many people not wearing masks and failing to adhere to social distancing rules.

Mr Sasou Nguessou beat Mr Kolelas in the last election in 2016, obtaining 60% of the vote compared with his rival’s 15%.

The watchdog group NetBlocks reported that the internet had been shut down ahead of Sunday’s voting.