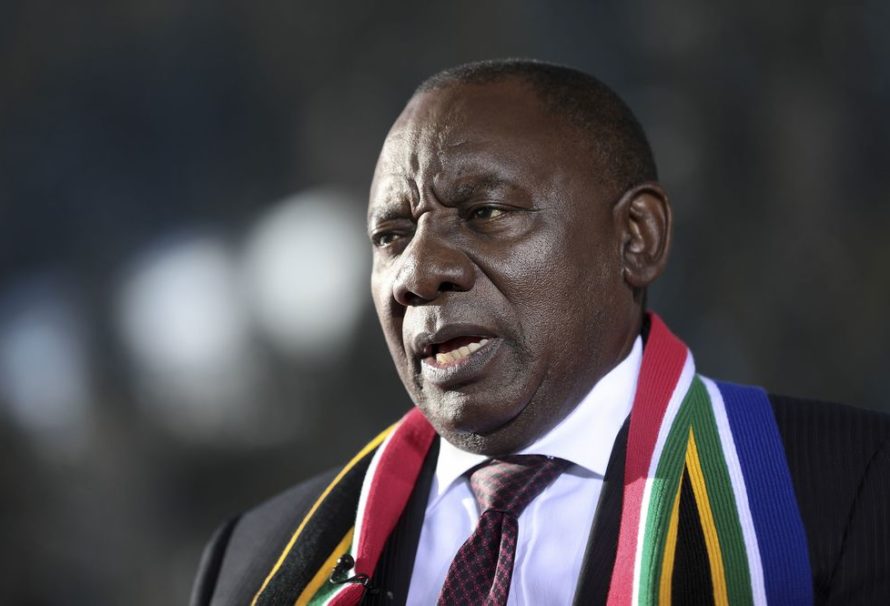 South African President, Cyril Ramaphosa has sent a stern warning to persons reported to be misappropriating funds allocated towards the fight of the Covid-19 pandemic.

According to him, engaging in such an unpatriotic act at a time when many lives were being lost to the pandemic could only be likened to the life of scavenger like hyenas.

“Attempting to profit from a disaster that is claiming the lives of our people every day is the action of scavengers. It is like a pack of hyenas circling wounded prey,” the President added.

PPE Contract Scandals under the government of Cyril Ramaphosa

President Ramaphosa sting remarks come in the wake of reports accusing some state officials, of taking up government tenders, and business’ inflating prices of supplies of Covid-19 protective gears.

Local administrators have also been accused of stockpiling relief food meant for the citizenry.

He disclosed that persons found culpable of the acts would be dealt with ruthlessly.

“Those found to have broken the law to enrich themselves through this crisis will not get to enjoy their spoils, regardless of who they are or with whom they may be connected,” he said.

“We are witnessing theft by individuals and companies with no conscience,” the President added.

There have been a series of reports by the South African media about the overpricing of personal protective equipment (PPE) and awarding of PPE supply contracts to persons with connections in government.

Recently, some nearly  1 billion rands ($60 million) payment of PPE supplies has been halted, after an initial audit raised red flags about overpricing and bad quality.

The three have since taken a leave of absence to enable investigations into the matter.