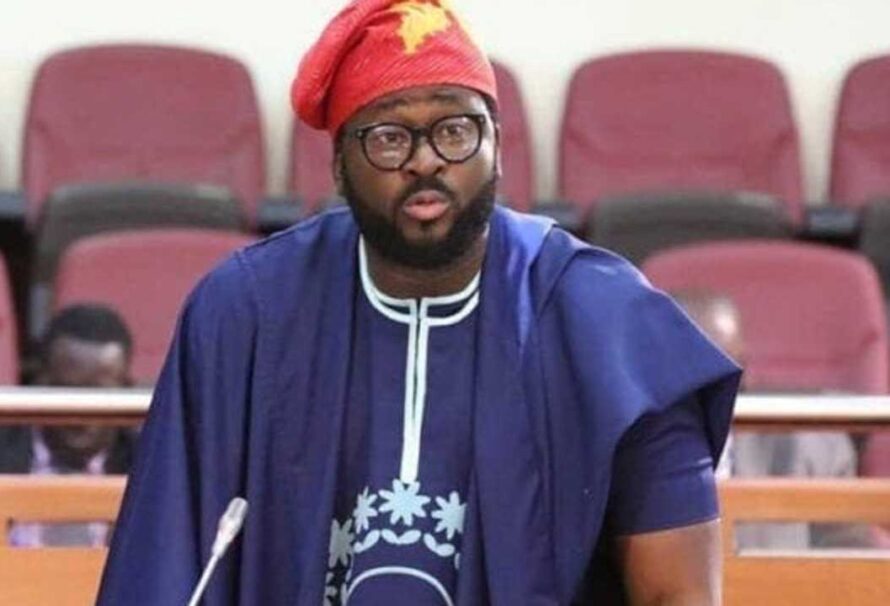 Celebrated Nigerian actor and politician Desmond Elliot has landed on the wrong side of his countrymen and women over an appeal he made earlier on the floor of parliament over the #ENDSARS campaign which has gone sour.

In a video circulating in the media space and sighted by GhanaPlus.com, the Nigerian lawmaker who represents the Surulere Constituency called on the Lagos State Assembly to address the development which has currently placed the country in a bad light in the international space.

The renowned actor’s appeal statement on the floor reads;

“Mr. Speaker, we need to address certain things. The Nigerian Youth, The Social Media, The Social Influencers, All of these are making the narrative that we are seeing today, except we are joking with ourselves. Social media is good but it has Negative impacts.

Let me thank you for condemning the killings and carnage that happened at Lekki. When I went through the comments I could not believe it, Mr. Speaker, the curses, the abuses from children, and I ask myself, is this Nigeria? What is going on?

Children cursing, people having the effrontery to enter an Oba’s palace, hold the staff of office? Culture is gone. Mr. Speaker, in the next 5 years, there will be no Nigeria if we don’t act now.

The youth is not only those who do the peaceful protest, those who have looted and destroyed lives are youths as well.

Go to the elections, if you are tired come and enter government. People are dying. The narrative must change.”

Nigerians react to Desmond Elliot statement on the floor of Parliament

However, portions of his statement had not gone down well with his fellow Nigerians, especially, a portion in which he noted “Please celebrities, social media influencers, stop the hatred already”, and in another in which he referred to them as children.

Nigerians have since reacted and this is what they had to say;

Ayomipomayokun @ayomipomayokun also tweeted  “You are talking gibberish oga; don’t worry we are coming for you to pull you out; he becomes senseless all of a sudden”.

Naijablogger @Naijablogger noted, “Dear Desmond Elliot, If you want to shut down social media like China, Also suggest that death penalty should be included for corrupt politicians like China is doing”.

Dr. Chioma Nwakanma #EndSARS said “When Desmond Elliot mentioned pregnant women looting… I half expected that the next humane thing he’d question would be; “How badly have we failed our people that they’d put their lives and their unborn children at risk to loot. Can we retrace and fix this?” Common sense…”.
Uncle chu@chubiei, on the other hand, said “Desmond Elliot is 47 years old. Remember a fool at 40 is a fool forever”.

"If you're tired, come and enter government." – Desmond Elliot, member of Lagos House of Assembly. pic.twitter.com/YbHdnLGRtN