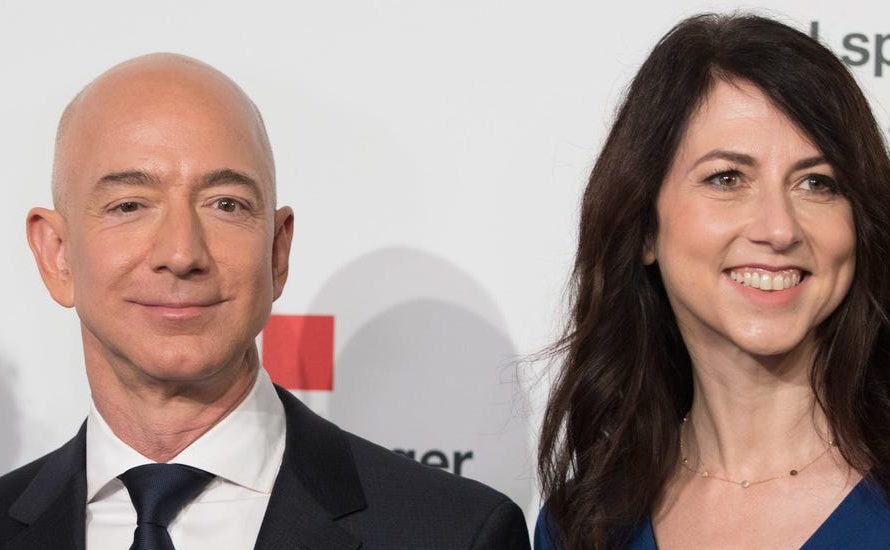 The Amazon (AMZN) CEO, Jeff Bezos’s formal wife’s total asset is now valued at $68 billion making her the richest woman and the 12th wealthiest person in the world.

According to a CNN report, MacKenzie Scott, formerly MacKenzie Bezos received a 4% stake of Amazon’s shares worth more than $35 billion as a divorce settlement last year, the new net wealth is as a result of a surge in tech stock gains, which has led to shakes up in billionaire ranking at the top.

“Amazon’s stock jumped roughly 28% over the last three months and is up more than 90% so far this year, according to data from Refinitiv. The soar in shares increased the wealth of Bezos to over $200 billion” the CNN report on September 3, 2020, said.

READ ALSO:  My girlfriend is pestering me to marry her at all cost

Prior to her new status as the world’s richest woman, Ms. Scott was adjudged the 22nd richest person in the world in June this year by Forbes magazine due to her $38 billion divorce settlement.

MacKenzie Scott is the Richest Woman in the world. Image / Forbes

CNN report also indicated that, in late July this year, MacKenzie Scott announced that she had already donated nearly $1.7 billion of her wealth to 116 organizations, including four historically Black colleges and universities focusing on one of nine “areas of need” ranging from racial equity to climate change.

Again, the billionaire also signed onto Warren Buffett and Bill and Melinda Gates’  “Giving Pledge” a campaign  that encourages the world’s richest people to dedicate a majority of their wealth to charitable causes last year,

READ ALSO:  See how Ghanaians reacted to the shaving of private parts of women in a church service

She is a graduate of Princeton University and worked as an administrative assistant for the D. E. Shaw, a quantitative hedge fund in New York, from 1992 to 1994.

She is a venture philanthropist and an author; with two novels to her credit.

Her first novel The Testing of Luther Albright, written in 1995 won her the American Book Award in 2006.

Ms. Scott is the ex-wife of Amazon and Blue Origin’s, founder, Jeff Bezos, to whom she was married for 25 years and blessed with three sons and one adopted daughter from China.