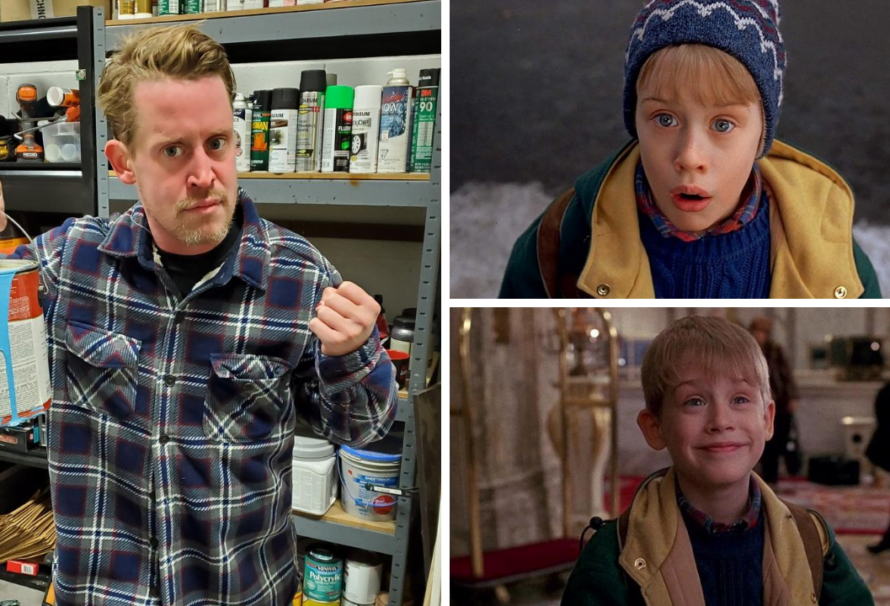 Macaulay Culkin who is currently, a publisher and Chief Executive Officer (CEO) of a satirical pop culture website and podcast, Bunny Ears share the news of his four-decade on earth on his twitter handle on Wednesday, August 26, 2020.

Macaulay who began acting at age four (4) rose to fame in the 1990’s American Christmas comedy film “Home Alone” when he was 10 years old.

READ ALSO:  Nothing will keep me from praying for Donald Trump and his family - Donnie McClurkin

Written, produced by John Hughes and directed by Chris Columbus, Macaulay Culkin played Kevin McCallister, the youngest son of the McCallister family who was left with the precocious task of defending their home from two burglars after his family mistakenly left him behind on their Christmas vacation.

Kevin succeeded in the daunting task of defending his home and subsequently got the burglars arrested though the task did not come easy.

The popularity of the movie

“Home Alone” was very popular across the globe and still is, especially, during the Christmas festivities.

In Ghana, the 30-year-old movie is still shown on virtually all television stations every year during the Christmas festivities.

Man must definitely grow, that was what God destined for our lives but the news of his four-decade certainly came us a surprise.

For us “Home Alone” lovers and to kids who continue to enjoy the movie and for others to come, he will forever remain the 8-year-old Home Alone’s Kevin.