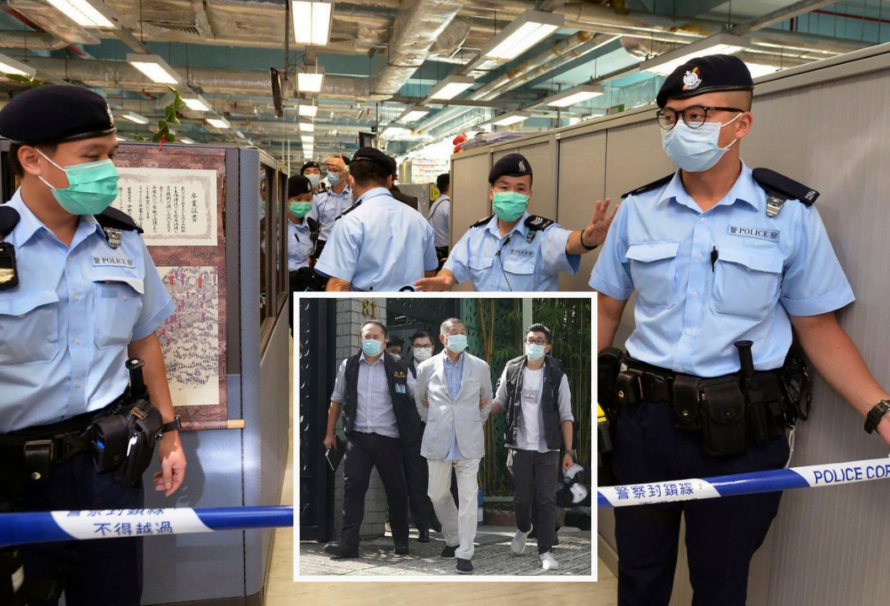 The pro-democracy supporter was arrested on Monday, August 10, over an alleged conspiracy with foreign forces and was led out of his offices in handcuffs.

His arrest makes him the country’s most high profiled personality to have fallen prey to the controversial security law imposed by China in June.

A report carried by the BBC said two sons of the 71-year-old business tycoon together with two Senior Executives of Next Digital, a media company owned by him were also picked up during the arrest.

His widely-read Daily Apple newspaper offices were raided by police numbering about 200 today.

Jimmy Lai, an opposition activist has been against the Hong Kong Security Law since its introduction in June this year.

The 66 articles of the laws which details were kept secret until its passage in June sought to criminalized secession; breaking away from the country, subversion; undermining the power or authority of the central government, terrorism; using violence or intimidation against people and collusion with foreign or extended forces.

Critics of the Law

Since the introduction of the law, many critics had said that the law marks the “end of Hong Kong” with many others describing it as a move to crack down on more broadly, pro-democracy activists.

Speaking on the law which gives Beijing powers to shape life in Hong Kong and curtails protest and freedom of speech,  Mr. Lai himself said “it spells the death knell” for the territory.

“It is clear that the law will have a severe impact on freedom of expression, if not personal security, on the people of Hong Kong,” a legal scholar at the University of Hong Kong, Professor Johannes Chan told the BBC.

“End of freedom of the press in Hong Kong”

Prominent activist Nathan Law said on Twitter that his “worst fears” were being realised, adding that the arrests represented the “end of freedom of the press in Hong Kong,” the BBC report indicates.