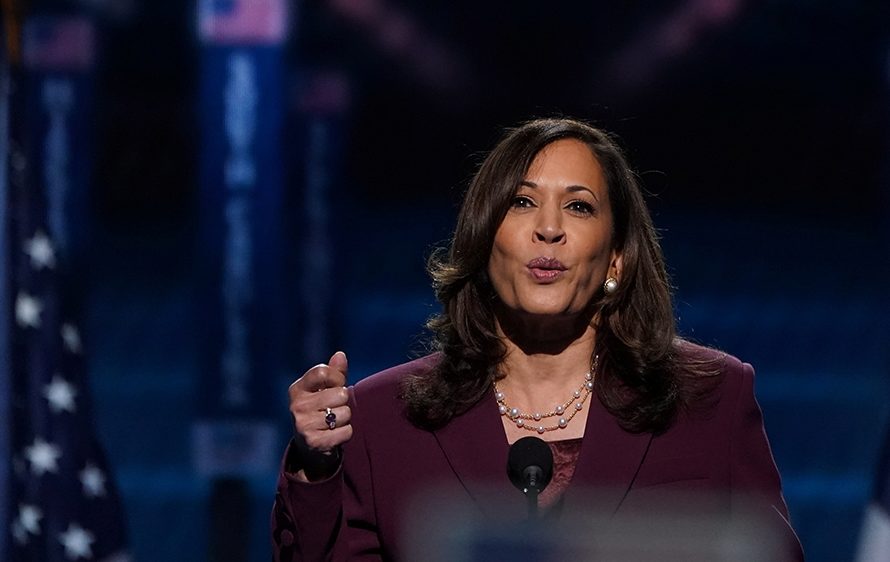 Vice presidential candidates of the United State of America’s Democratic Party, Kamala Harris has indicated that there was no vaccine for racism hence the need for Americans to vote for a leader who was willing to bring a change in their lives.

According to her, Americans owe it a duty to their generations unborn to save the country from racism which she said had no eyes yet knew exactly how they saw and treated each other.

“This virus it has no eyes, yet,  it knows exactly how we see each other and how we treat each other and let be clear, there is no vaccine for racism, we have got to do the work, for George Floyd, Briana Taylor, for the lives of too many others to name, for our children and for all of us”.

The first black and female American Democratic vice presidential candidate made the remarks on the day three of the Democratic National Convention on Wednesday, August 19, 2020.

The 2020 DNC convention which aimed to engage and unite all Americans ahead of the November elections begun on Monday, August 17, and would end today (Thursday) August 20.

This year’s convention was virtual with pre-recorded and live speeches due to the coronavirus pandemic.

Racism has been a major issue of contention under President Donald Trump administration raising concerns across the world.

The US statesman who has repeatedly said he was “the least racist person that you’ve ever encountered,” has been on numerous occasions faulted over his comment described by many as racial discrimination.

He was reported to have called Mexican immigrants criminals and rapists and propose a ban on all Muslims entering the US among others during his campaigns prior to his election into office.

The trend, has, however, continued to his presidency raising eyebrows all over the world.

Not long ago, he was reported to have called the coronavirus pandemic that has caused severe havoc to the world as “Chinese virus” and “Kung flu”

President Trump also was reported to have insinuated that Sen. Kamala Harris, who is Black, “doesn’t meet the requirements” to run for vice president of the united state of America among other things.