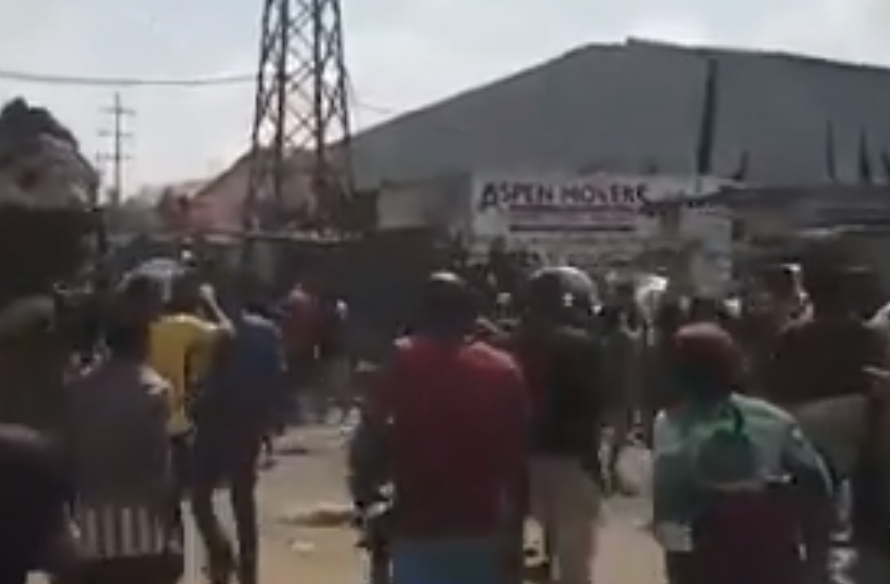 Nigerians have rushed in their numbers to take home foodstuffs supposedly meant to be relief items for citizens of the country during the covid-19 pandemic but kept hidden for reasons unknown by authorities.

The items, information gathered indicates were found hidden in a warehouse by #ENDSARS protesters during one of their demonstrations in the fight against police brutalities in the country.

The items include bags of rice, cantons of indomie noodles among others.

A video cited by GhanaPlus.com saw citizens, men, women, young and old including children rush in their numbers to the warehouse at the knowledge of the hidden foodstuffs to take their share.

While others leave the premises carrying some items packed in sacks and in boxes on their heads, shoulders, hands, and arms, others run at full speed to the scene for their share of the hidden national goodies at the warehouse which location is yet to be established.

A back voice narrating what was happening at the scene said the items were Covid-19 foodstuffs.

“Wicked leaders, Covid-19 palliative foodstuffs, they are stolen inside a warehouse, people have now discovered it and have busted the warehouse,” the voice said.

“We have wicked leaders, people are angry and hungry, what are they going to do with all these foodstuffs,” the voice again he quizzed?