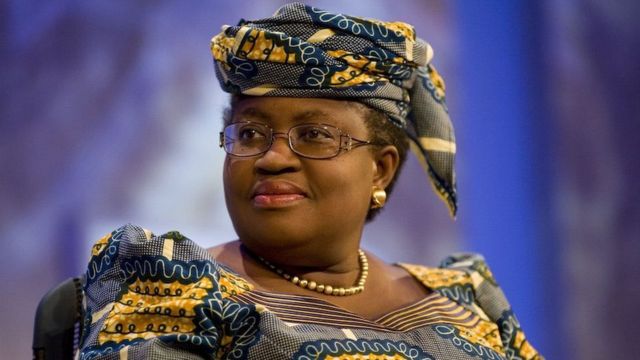 Former Finance and Foreign Minister of Nigeria, Ngozi Okonjo-Iweala was on Wednesday, October 28, 2020, elected the Director-General of the World Trade Organization, a global International organization responsible for trade rules between nations.

Despite opposition from the United State of America over her nomination, Mrs. Okonjo-Iweala, an astute politician and Former Managing Director of the World Bank in Washington DC, secured an overwhelming vote of 104 from 164 member countries to defeat South Korea’s Trade Minister, Yoo Myung-hee, a preferred candidate of the US.

Her election, makes her the first African and the first woman to occupy the WTO office since its establishment 25 years ago and she comes with years of incredible global experience, having worked in the financial sector and in a similar capacity in a career spanning over two decades.

Duties of the WTO Director

Per her new role, the renowned international economist is expected to steer the affairs of the organization for a period of four years with her major responsibility, to supervise and direct the 25years old WTO administrative operations.

Her responsibilities, mainly, managerial and advisory are also among other things to supervise the WTO secretariat and its staff of about 700 people in Geneva, Switzerland, till 2024.

Mrs. Okonjo-Iweal, born to a Professor father and Eze(king) from the Obahai Royal Family of Ogwashi-Ukwu, Nigeria, Mr. Chukwuka Okonjo, she had her basic education at the Queen’s School in Enugu, Enugu State in Nigeria, St. Anne’s School, Molete, Ibadan, and the International School Ibadan.

While still in her teens in 1973, she attended Harvard University where she graduated with an AB in Economics in 1976 and subsequently earned her Ph.D. in regional economics and development from the Massachusetts Institute of Technology (MIT) in 1981.

Okonjo-Iweala holds an International Fellow from the American Association of University Women (AAUW).

Among her many enviable career achievement was her 25year career at the World Bank in Washington DC as a Development Economist and later the No. 2 position of the organization, the Managing Director.

During her role as the MD of the World Bank, she had the oversight responsibility for the organization’s $81 billion operational portfolios in Africa, South Asia, Europe, and Central Asia among other responsibilities.

She was the first female Nigerian to serve as the country’s Finance and Foreign Affairs Minister for two terms under the administration of Nigeria’s President, Olusegun Obasanjo and President Goodluck Jonathan, respectively.

Okonjo-Iweala currently serves on the Boards of Standard Chartered Bank, Twitter, Global Alliance for Vaccines and Immunization (GAVI), and the African Risk Capacity (ARA) among others.

She has numerous recognition in line of duty, notable among them was the Topmost 100 influential people in the world, Top 100 Global Thinkers, 50 Greatest World Leaders, Most Influential Women in Africa, Top 100 most inspiring people in the World Delivering for Girls and Women, etc.

In her home country Nigeria, she was the recipient of the Commander of the Federal Republic (CFR) honour together with many others.

The influential woman is married to Dr. Ikemba Iweala, a neurosurgeon, and is blessed with four (4) children.

Ngozi Okonjo-Iweala, certainly, is where she should be and GhanaPlus.com wishes her all of the best of everything in her new duties. We know she would make Africa and African women, most especially, proud as always.