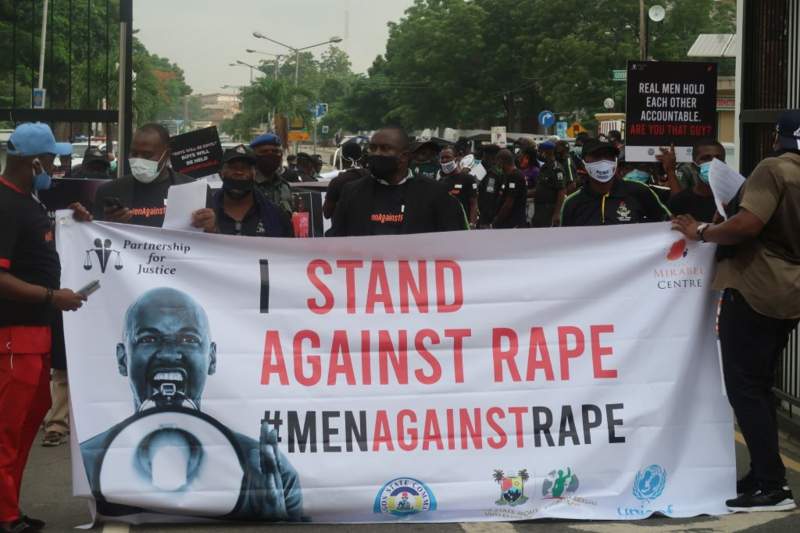 The Kaduna State Penal Code (Amendment) Law 2020 provides stiff penalties to fight against rape which has recently become rampant in the area.

The Kaduna State Governor confirmed the signing of the amended law in a tweet on Wednesday, September 14, 2020.

According to the law, a male convicted rapist who abuses children below the ages of 14 would be subjected to surgical castration and subsequent death sentence.

Others who rape children above the age of 14 years would equally be subjected to surgical castration but would be placed under a life imprisonment punishment other than a death sentence.

Female adults, on the other hand, found culpable of the law in respect to children below the ages of 14 years would undergo bilateral salpingectomy, that is to have their fallopian tubes removes and subjected to the death penalty afterward while those who abuse children above 14 years would face life imprisonment and have their fallopian tubes remove also.

As part of the law, child rapists would have their names published in a s*x offender’s register and all media outlets in the country.

They also indicated that Victims less than 14 years of age would be required to present a medical report to collaborate on the allegations.

Kaduna State House of Assembly Commended for passing the law

Speaking about the law,  Nasir Ahmad El-Rufai commended the Kaduna State House of Assembly for passing the law.

According to him, the drastic penalties were to enable the Nigerian state to protect vulnerable children from serious crimes destroying the lives of innocent children.

“While commending the members of the Kaduna State House of Assembly for passing the amendments, the governor stated that these drastic penalties are required to help further protect children from a serious crime,” he said.

The West African country has recently come in the limelight over multiple cases of rape and murder.

READ ALSO:  30yr old Woman arrested for trying to smuggle £2million in her luggage to Dubai

In June alone, Nigeria recorded about three of such cases with young girls including a 12 and 18 years old, as well as a University student fallen victim to the abominable act.

The development caused a national uproar; with thousands signing a petition with hashtag #We retired.

In the wake of the uproar, the country’s Minister of Health, Dr. Adeleke Olorunnimbe Mamora, suggested a “total penile amputation“, as punishment for men who engage in the act of rape in the country.

According to him, it would only take drastic measures like a penile amputation to curtail the activities of rape which was becoming frequent in Nigeria.

“While commending the members of the Kaduna State House of Assembly for passing the amendments, the governor stated that these drastic penalties are required to help further protect children from a serious crime.”https://t.co/CUZJwpUcr7 https://t.co/HrF6nRyrhy