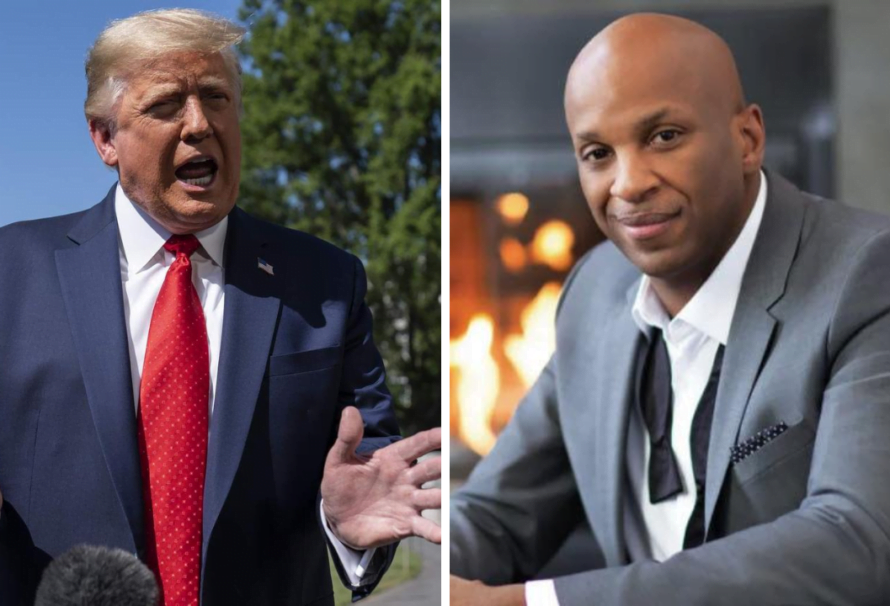 American gospel singer and minister, Donnie McClurkin has said that nothing would hinder him from praying for the United States President, Donald Trump, and his family as he lay to rest his brother Robert Trump.

According to him, losing a loved one was always devastating and hurting hence the need for all to say prayers for them in this difficult face in their lives

In a Facebook post, the astute man of God wrote “NO POLITICS ON THIS POST! PRAYING FOR PRESIDENT TRUMP and the entire Trump Family as he’s laid his brother, ROBERT TRUMP, to rest today at the White House!”

“Partisanship aside, the death of a family member (sibling) is devastating and hurting…and there is no amount of politics that could ever keep me from praying for him and them throughout this loss!! One doesn’t have to agree with someone to love them!

If you respond to this post, please do not disrespect in this time of loss and grief! Let’s show true Christian love and honor Christ as we pray for the President and his family in this time of grief and loss! All disrespect will be blocked and banned!”

“In all things  …however you’d want men to treat you, that’s the very way you should treat all men… Matthew 7:12,”

The younger brother of the US president died at the Presbyterian Hospital in Manhattan, New York.

In a message announcing the death of Robert some days ago, Donald Trump said he was not just his brother but his best friend.

“It is with heavy heart I share that my wonderful brother, Robert, peacefully passed away tonight. He was not just my brother, he was my best friend. He will be greatly missed, but we will meet again. His memory will live on in my heart forever. Robert, I love you. Rest in peace”.

The family, earlier today, held a private ceremony at the East Room of the White House to bid farewell to his brother.

Videos of his mortal remains being escorted out of the White House by Donald Trump, the first lady, Melania Trump and followed by his younger sister, Elizabeth Trump Grau, trailed pallbearers down the steps of the North Portico as the hymn “Abide With Me” was played on bagpipes has surfaced on the internet.

Several of Mr. Trump’s other children, including Barron and Ivanka, were also there.

Robert Stewart Trump is the younger brother of the 45th president of the United State of America, Donald Trump, and the last of five children born to their parent, Fred Trump and Mary Anne MacLeod.

Robert Trump majored in economic at the Boston University and worked as an American real estate developer and business executive.

He managed the Trump Organisation, a real estate holdings outside Manhattan, and served on the board of directors for ZeniMax Media, parent company to Bethesda Softworks from 1999 until his death a few days ago.

The ardent defender of  Donald Trump’s political career also served as the president of Trump Management, a position, he held until his death.