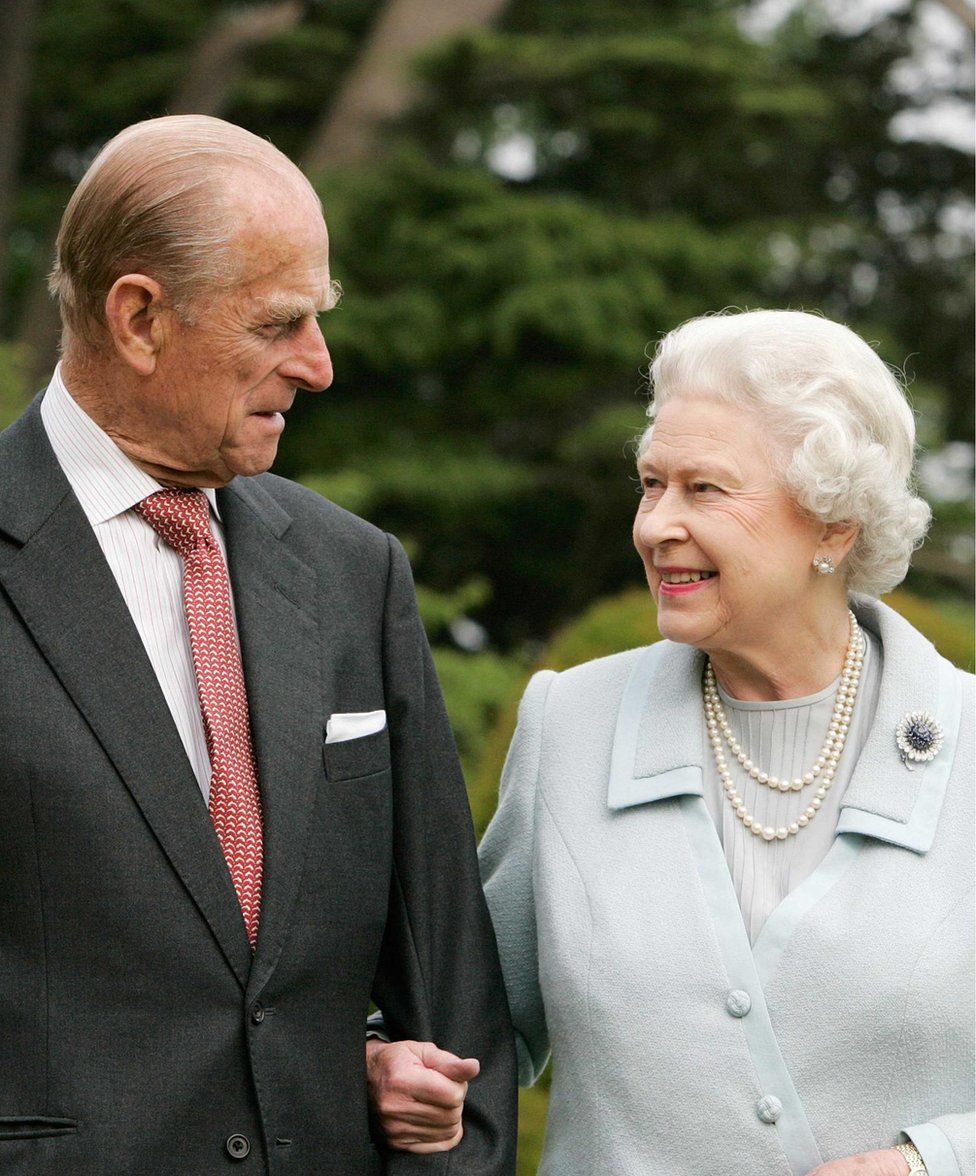 Britain’s Queen Elizabeth II has reached her first wedding anniversary since the death of her husband, Prince Philip.

The couple were married on 20 November 1947, and spent more than seven decades together until Philip’s death in April, aged 99.

Saturday would have been their 74th anniversary.

(Original Caption) This is a command portrait of Queen Elizabeth II and her husband, the Duke of Edinburgh, as it was made before the Royal pair left on their six month tour of the Commonwealth. the Queen is wearing the Blue Ribbon and Star of the Garter. Her diamond tiara and necklace were wedding presents.

The Queen, who is 95, has only recently resumed her engagements after spraining her back.

She was forced to miss a Remembrance Sunday service in London last weekend due to the ailment, but was pictured meeting an outgoing general at Windsor Castle on Wednesday.

The death of Philip earlier this year brought an end to the pair’s lengthy and storied romance.

Their wedding at Westminster Abbey, when they were still Princess Elizabeth and Lieutenant Philip Mountbatten, attracted worldwide attention and came just five years before Elizabeth would ascend the throne following the sudden death of her father, King George VI.

The couple enjoyed the longest partnership of any British sovereign. Following Philip’s death, the Queen said her family was “in a period of great sadness.”

READ ALSO:  Bill Cosby is a free man after being released from prison

“It has been a comfort to us all to see and to hear the tributes paid to my husband, from those within the United Kingdom, the Commonwealth and around the world,” she added.

The former National Chairman of the Peoples National Convention (PNC), Bernard Mornah has said unlike Ghana’s 1979 Parliament, this current...

Majority members missing in Parliament ahead of 2022 budget approval

Report reaching GhanaPlus.com has said Members of the Majority Caucus in Parliament are nowhere to be found in House today...

We did not injure your image, stop the pity party – Johnnie Hughes slams Agyeman-Manu

Kuami Eugene has implored his former record label teammate MzVee to not forget how he helped push her music career....

The Member of Parliament for the Yapei-Kusawgu Constituency, John Abdulai Jinapor has taken a swipe at the government following the...