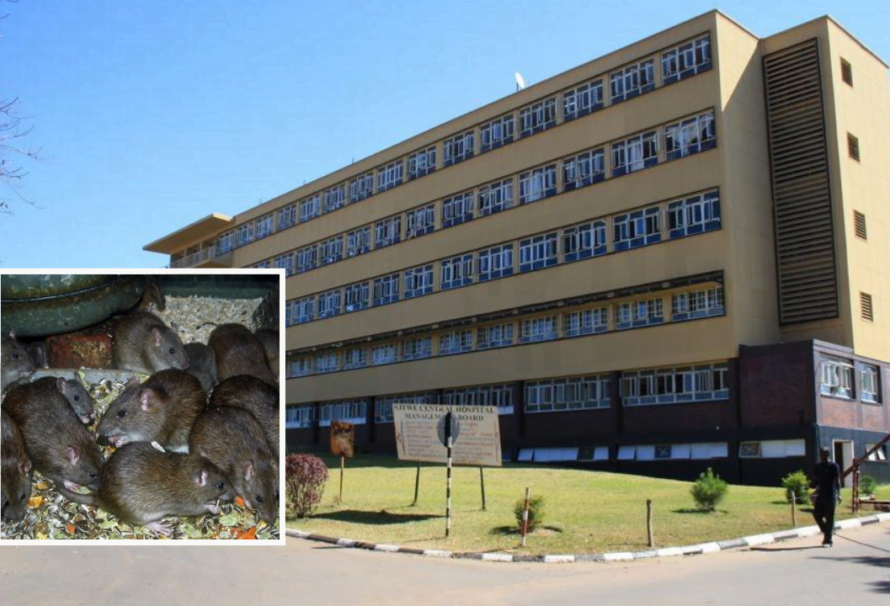 The third-largest referral medical facility in Zambia, Kitwe Central Hospital located in the City of Kitwe in the Copperbelt region, has been invaded by rats, BBC report has revealed.

Footage of rats crawling freely in one of the wards of the 664-bed capacity hospital with daily patient traffic of up to 1,300 has surfaced in the media.

The report captured rats pokes around a plastic bag believed to be belongings of a patient who lay on a bed next to it, while others loiter in the ward and on empty beds.

The Country’s Health Minister, Dr. Chitalu Chilufya has since paid an unannounced visit to the hospital after the video of the rats’ invasion went viral on social media.

The Minster, who also doubles as the Member of the National Assembly for Mansa Central, during the visit, ordered that disciplinary action be taken against managers of the facility over the development.

Commissioned in 1958, the hospital which served the country’s second-largest population of about 517,543 people as of 2010 was established to provide comprehensive quality health care and medical services.

READ ALSO:  Cartoon of Meghan Markle and Queen sparks outrage in the UK

It was also to undertake functions of Teaching, Research, and Development within the limits of available resources.