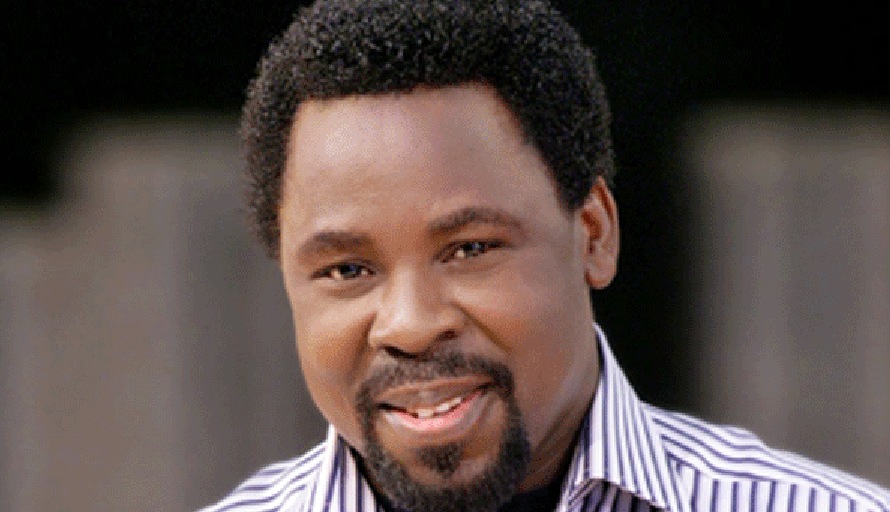 Popular Nigerian preacher and founder of the Synagogue Church of All Nations (SCOAN), Temitope Balogun Joshua, TB Joshua have been reported dead at age 57.

A Facebook post sighted by GhanaPlus.com confirming the dead of the celebrated man of God said “God has taken His servant Prophet TB Joshua home – as it should be by divine will”.

He was reported to have died on Saturday, June 5 at his residence in Lagos shortly after he led bible teachings with Emmanuel TV partners on the theme ““Time for everything – time to come here for prayer and time to return home after the service.”


Confirmation of his death

“Surely the Sovereign LORD does nothing without revealing his plan to his servants the prophets.” – Amos 3:7.

On Saturday 5th June 2021, Prophet TB Joshua spoke during the Emmanuel TV Partners Meeting: “Time for everything – time to come here for prayer and time to return home after the service.”

God has taken His servant Prophet TB Joshua home – as it should be by divine will. His last moments on earth were spent in the service of God. This is what he was born for, lived for and died for.

As Prophet TB Joshua says, “The greatest way to use life is to spend it on something that will outlive it”.

Prophet TB Joshua leaves a legacy of service and sacrifice to God’s Kingdom that is living for generations yet unborn.

The Synagogue, Church Of All Nations and Emmanuel TV Family appreciate your love, prayers and concern at this time and request a time of privacy for the family.

He had his basic education at St. Stephen’s Anglican Primary School in Arigidi Akoko, Nigeria, between 1971 and 1977 but failed to complete one year of secondary school education.

His ministry work began at a tender age while in school earning him the name “small pastor”.

As young as he was, J.B Joshua prioritize his love for the ministry by organizing bible studies for local children and spent his evenings attending evening school and taking up casual jobs afterwards all during the same period.

He began his ministry, Synagogue Church of All Nations (SCOAN) in 1987 and has since impacted many lives through it.

He is known to have made several contributions to Nigeria in the areas of health, tourism, sport, education, financial, charity, reconciliation among, many others.

His humanitarian works have earned him several recognition including National Honour by the Nigerian government in 2008, letter of appreciation from the United Nations  Ambassador of Peace by the Arewa Youth Forum, a predominantly Muslim organization and an Excellence Award by the  ZAKA an Israel’s primary rescue and recovery voluntary service.