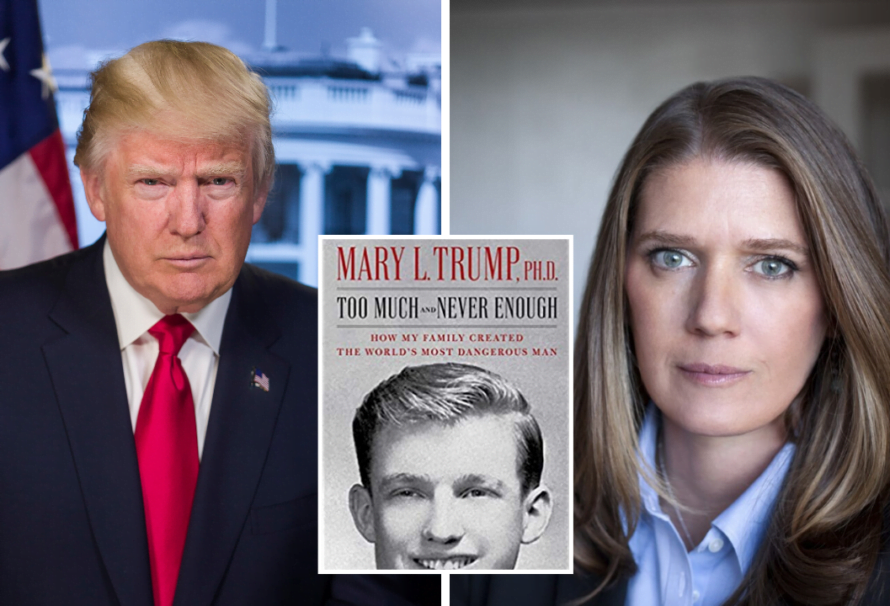 Mary Trump’s book on the President of the United State, Donald Trump has sold an overwhelming 950,000 copies by the end of its first day.

The book titled “Too Much and Never Enough: How My Family Created the World’s Most Dangerous Man,” was launched onto the market on Tuesday, July 14, 2020.

The sales, according to the report reflect a significant appetite for books that offer inside accounts of the Trump administration.

Too Much and Never Enough: How My Family Created the World’s Most Dangerous Man

Written by Mary Trump, a niece of President Donald Trump, the book was reported to portray the US President in an unappealing light.

The 214-page book brings to bear the conditions that led to the rise of Donald Trump in the United State and ultimately, what Ms.

Too Much and Never Enough How My Family Created the World’s Most Dangerous Man. Image / Amazon

Trump, her niece described as the country’s dangerous presidency.

Mary L. Trump, President Trump’s niece, said that watching the country’s leadership devolve into “a macro version of my incredibly dysfunctional family” was one of the factors that compelled her to write her book, “Too Much and Never Enough: How My Family Created the World’s Most Dangerous Man,” she told the Washington Post on Wednesday.

Mary Trump, who is hardly a Donald Trump supporter, blamed his grandfather, Fred Trump, who he described as “sociopath” in the book for who Donald Trump is today, especially, with regard to racism.

“Too Much and Never Enough” would join books about the US President such as the “The Room Where It Happened, by John Bolton “Fear” by Bob Woodward, A Higher Loyalty by James Comey that became sensational best-sellers in its first week.

“In some cases, Trump or his allies have sought to block unflattering books about him, which can backfire and provide an additional publicity boost to the books,” a report carried by the BBC said.