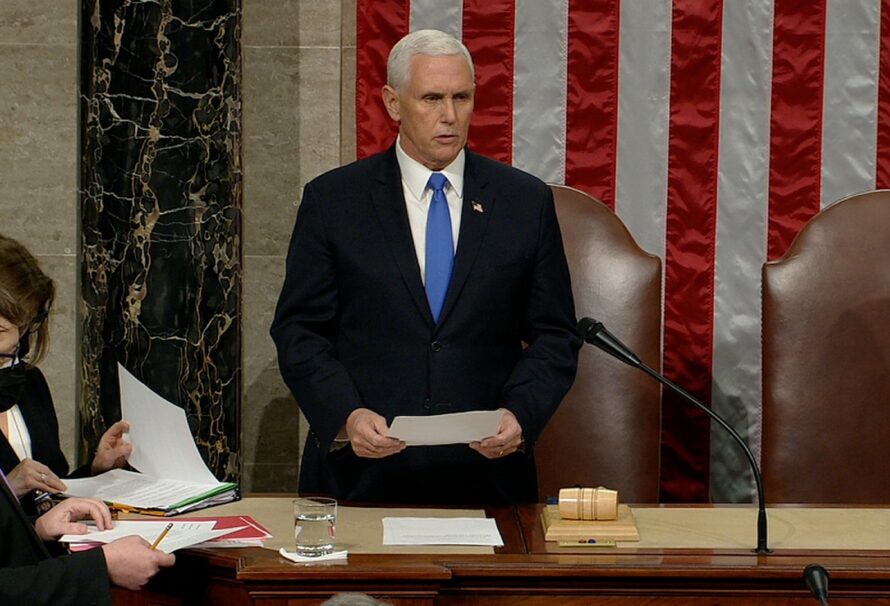 The counting of Vermont’s three electoral votes put Biden and Vice President-elect Kamala Harris over the 270-threshold needed to win the presidency.

The Senate and House rejected objections to throw out Georgia and Pennsylvania’s electoral votes for Biden. Republicans also objected to Arizona, Nevada and Michigan’s electoral votes, but the motions failed before they reached debate.

The certification comes after Pro-Trump rioters stormed the US Capitol earlier Wednesday.

The joint session of Congress, which is normally a ceremonial step, was halted for several hours when rioters breached the Capitol.

Proceedings resumed at about 8 p.m. ET with Vice President Mike Pence, bringing the Senate session back into order.

“Let’s get back to work,” Pence said.

Trump pledges an “orderly” transfer of power to Biden

“Even though I totally disagree with the outcome of the election, and the facts bear me out, nevertheless there will be an orderly transition on January 20th,” Trump said in a statement.

“I have always said we would continue our fight to ensure that only legal votes were counted. While this represents the end of the greatest first term in presidential history, it’s only the beginning of our fight to Make America Great Again,” Trump said while repeating false claims about the election that incited a mob to storm the Capitol.