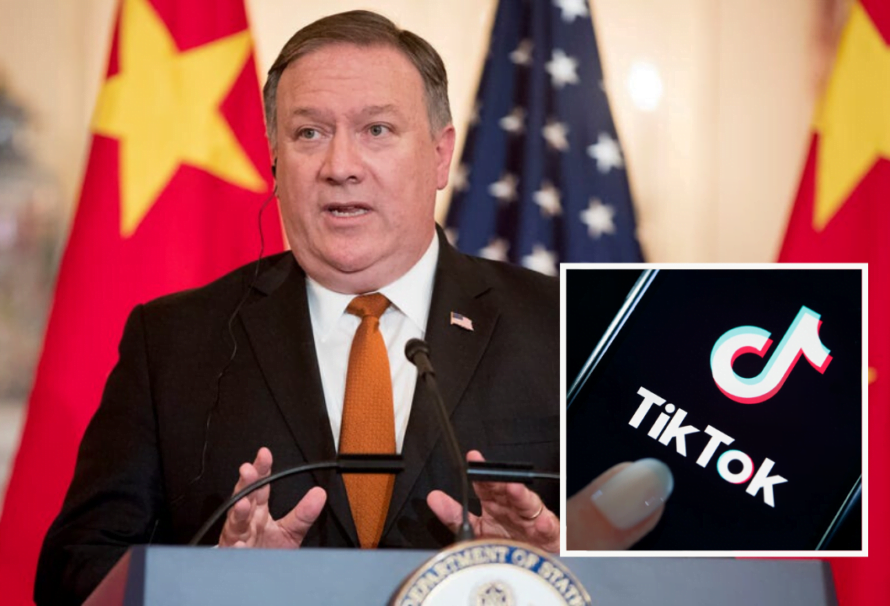 The Secretary of State of the United State of America, Mike Pompeo has said that the US is considering banning Chinese social media apps, TikTok, and others amidst national security concerns.

He said the country was not taken the issue lightly adding that people should only download the app “if you want your private information in the hands of the Chinese Communist Party”.

“With respect to Chinese apps on people’s cell phones, I can assure you the United States will get this one right too, Laura,” he said. “I don’t want to get out in front of the President (Donald Trump), but it’s something we’re looking at,” Pompeo said.

Pompeo made the comment in an interview with Fox News’ Laura Ingraham on Monday, July 6, 2020.

The tension between the US and China

Pompeo’s comments come in the wake of intense tension between the two countries, which have affected many diplomatic ties in the areas of trade, technology, and national security.

The Chinese first app which gained more recognition worldwide with over 315 million downloads in the first three months of its introduction has come under several attacks from US politicians accusing it of being a national security threat due to its affiliation to China.

According to them, the company could be forced to “support and cooperate with intelligence work controlled by the Chinese Communist Party.”

TikTok has also come under heavy pressure after India threatens to ban it. Image / sky.com

However, TikTok spokesperson has previously said that the accusations were not founded.

He noted that the company is led by an American CEO, with hundreds of employees and key leaders across safety, security, product, and public policy all in the US with its data centers outside China.

“We have no higher priority than promoting a safe and secure app experience for our users. We have never provided user data to the Chinese government, nor would we do so if asked, “he said in response to Pompeo’s comment.

The Indian government has also threatened to ban the short video app amidst tension between India and China after a clash along the Himalayan border.

However, the company has made the decision to exit the region following the country’s new national security law.

Glitz and glamour of Ghanaian Kente at Akufo-Addo’s Inauguration