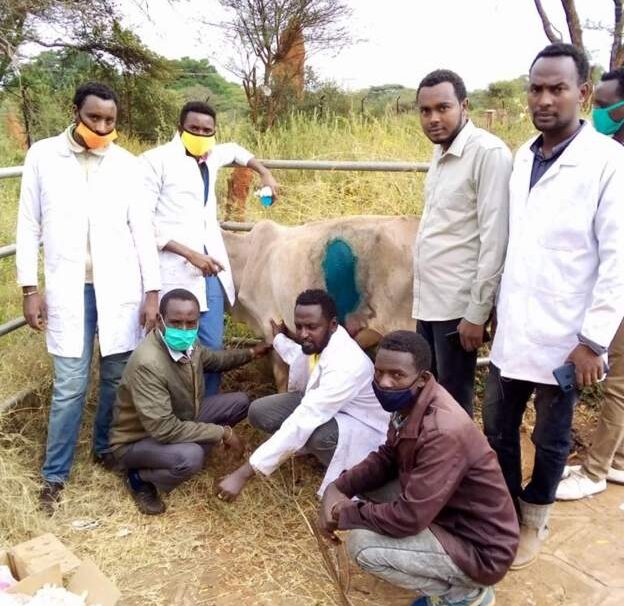 Veterinary doctors in Southern Ethiopia have successfully removed 50kg of plastic from a live cow in the region.

The doctors, numbering six, spent a total of three hours in conducting the surgery on the cow.

Doctors say the cow is alive and in good health.

Dr. Firaol Waaqo, one of the doctors who performed the surgery told the BBC that the indiscriminate disposal of plastic materials was gradually becoming a problem for even animals.

“Cows can ingest plastics because of lack of pasture or minerals, and the way people disposing of plastic materials is also becoming a problem for the health of livestock,” he added.

According to the doctor, last month, the team carried out a similar surgery on a cow, removing a 20kg of plastic from the stomach of the animal.

“Last month, the animal’s owner Areerii Carii brought another of his cows to the vets who removed 20kg of plastic from its stomach,” the doctor was reported to have said.

“Because we have helped him before, he trusted us,” Dr. Firaol said.

Ethiopia is believed to have the largest stock of livestock in the world and the largest in Africa contributing about one-third of agriculture’s share of GDP to the country’s economy in the year 1987.

The country is estimated to have a total livestock population of about 78.4 million as of 1988 out of which 31million of them were cattle.