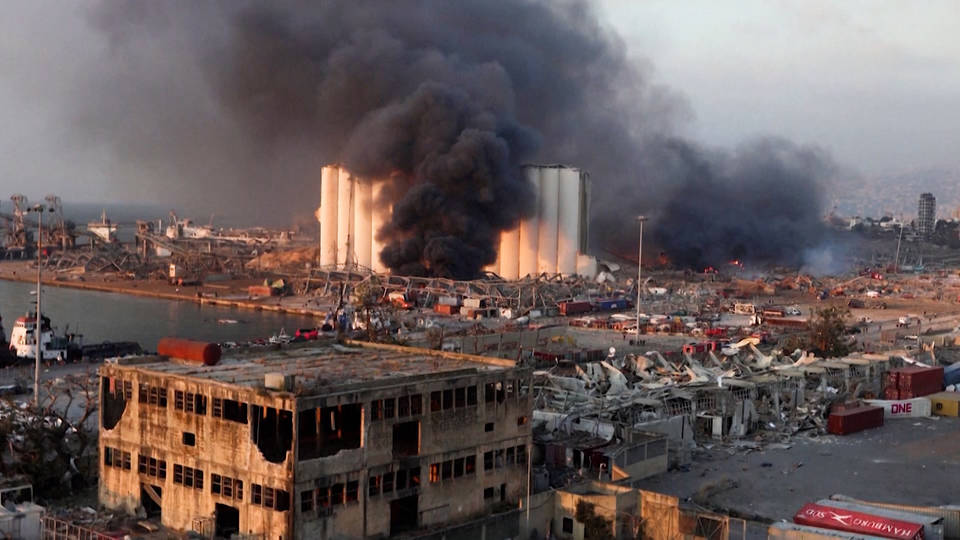 Hundreds have been reported still missing after Tuesday’s devastating explosive which occurred at the port area of Lebanon’s capital Beirut.

Rescue workers are currently at work searching for survivors after the incidents which has already claimed the lives of about a 100 people and left over 4,000 others with various degrees of injuries.

The country’s President Michel Aoun, the BBC said has disclosed that the explosive was caused by 2,750 tonnes of ammonium nitrate stored unsafely in a warehouse.

Officials have, however; begun investigation into what exactly triggered the explosion of ammonium nitrate which had been in the storage facility at the port since it was impounded from a ship in 2013.

State of Emergency after the explosion

The President has declared a two-week state of emergency in the country following the incident with three days mourning period starting from today, Wednesday, August 5.

A deadly explosion was reported in Lebanon’s capital city Beirut after 18:00 (15:00 GMT) on Tuesday.

The explosion was said to have ripped through central Beirut, near the city’s port, and sent up a huge mushroom cloud-shaped shockwave, flipped cars, and damaged distant buildings as far as hundred miles away of Cyprus, sending some 3.3 magnitude earthquake in the Lebanese capital.

Tuesday’s explosion, report indicates has raised down the city of 4 million residents and caused severe causalities to lives and properties putting much pressure on the country’s medical facilities in the wake of the Covid-19 pandemic.

Local media report that the disaster has thrown the entire state into a chaotic situation which has been described as a “huge catastrophe“, by the country’s Red Cross head, George Kettani.

“There are victims and casualties everywhere,” the Red Cross Chief said.

Watch the video of the massive explosion below