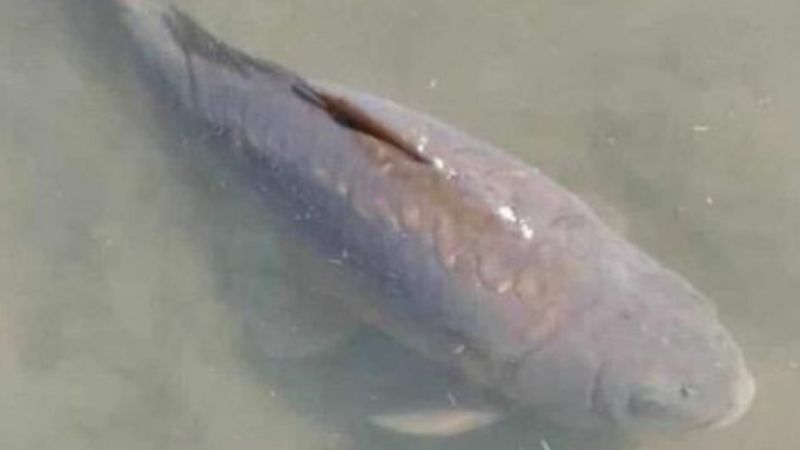 Zambia has been thrown into a state of mourning following the death of a Pet Fish at the country’s second-largest university, Copperbelt University (CBU).

The legendary 22-year-old fish, believed to be a source of good luck for more than two decades was reported dead on September 8, 2020.

BBC Zambia reporter Kennedy Gondwe said “some students used to pay homage to the fish before exams, believing it brought them good luck while others saw it as a stress-reliever”.

To celebrate the death of the fish, affectionately called “Mafishi”, meaning big fish in the Bemba dialect, the President of the country, Edgar Lungu joined his citizens including students of the CBU to mourn.

According to a BBC report, President Lungu in a Facebook post quoted Indian anti-colonial campaigner Mahatma Gandhi, saying “the greatness of a nation and its moral progress can be judged by the way its animals are treated”.

“I’m glad you received a befitting send-off. We’ll all miss you,” he added.

Others including the leader of the opposition, United Party for National Development, Hakainde Hichilema also mourned with the students.

“We stand with the CBU student community, past and present over the death of their iconic pet Mafishi” he was reported to have said.

The report noted that the CBU student community lit candles and marched around the university in mourning of the fish believed to have brought good luck to them in their exams for the last two decades.

BBC report indicates that a hashtag #Mafishi has been trending on Twitter in Zambia since the news of the good luck fish was reported.

Speaking to the BBC, a student leader of CBU, Lawrence Kasonde said the fish was thought to be at least 22 years old and had lived in the university’s pond for more than 20 years.

He disclosed that investigations were under way to ascertain what caused the death of the legendary fish.

“It is yet to be buried, we are planning on embalming it,” Mr. Kasonde was reported to have told the BBC.