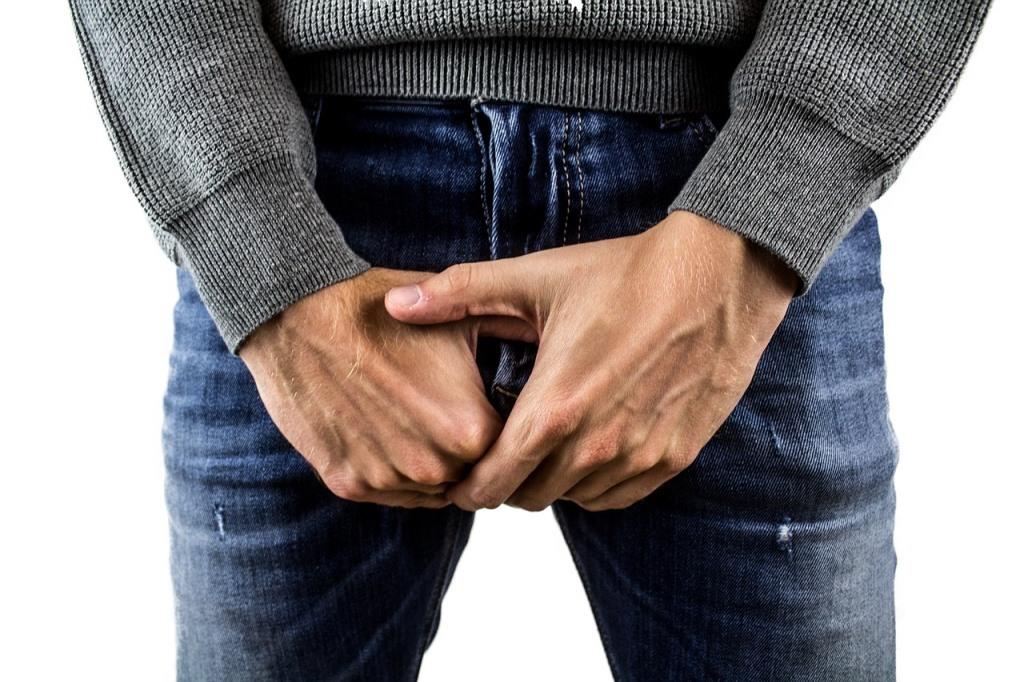 Did you know that men without testicles live longer? Here are 10 facts about the testicles

The penis is not only the best piece from a man’s point of view, but is also popular with women for all sorts of good reasons. However, many cannot do so much with the two neighboring body parts, the testicles.

The testicles are not only often neglected during s3x, but are otherwise not as conversational as the male member. The testicles have to fulfil extremely important tasks. We’ll tell you what these are and other facts worth knowing about the testicles:

1. What is actually in the scrotum?

In the scrotum, the scrotum, the two testicles (in medicine called testes or testicles) are housed. They are about the size of a plum and have an average volume of 18 ml. The size, length, width and shape of the testicles varies from man to man, and in most cases not even one egg is the same in one and the same man. And there are even supposed to be gentlemen who wonder how they could get bigger testicles. Each testicle is externally surrounded by a covering of connective tissue (the so-called tunica vaginalis testis).

Inside there are around 300 testicular lobes, which in turn branch into channels and open into the testicular network. Together with the epididymis, the testes form the internal male reproductive organs. The epididymis are about five centimeters long ducts that lie directly on the testicles like a cap and are connected to them via seminal ducts. They are anatomically divided into a head, body and tail. From there, the vas deferens is connected to the urethra.

2. The main functions of the testicles

The testicles perform two extremely important tasks: they are used to produce semen and male s3x hormones – especially testosterone. The sperm cells arise in the testicular tubules, then mature in the head and body of the epididymis and are stored in what is known as the “tail end”. When the sperm are mature and able to move, they are released into the vas deferens.

They stay there until the next ejaculation, when they are released through the urethra. On the other hand, the so-called Leydig cells, which are located between the testicular canals, are responsible for the formation of the s3x hormone testosterone.

3. Why aren’t the testicles inside the body? Outside they seem to be constantly in the way

When you see how the gentlemen of creation sit down with their legs apart or constantly adjust their best pieces, you ask yourself: “Why did God not move the testicles inward instead of letting them dangle between the men’s legs?” The explanation: In order to be able to mature perfectly, the sperm need an ambient temperature of around 34-35 degrees Celsius.

In the body, where the temperature is around 37 degrees, the seeds would be too warm. However, if a man crosses his legs, the temperature of the testicles increases, which negatively affects sperm production. This also happens if you have a fever or if you stay too long on a heated seat. So there are only cool testicles with a wide seat and without male diseases.

4. A testicle also has feelings

5. Men get “Blue Balls” when they don’t have an effusion during s3x

If women don’t orgasm while having s3x, it’s unsatisfactory, but they don’t make it too much of a drama. If, on the other hand, men do not have ejaculation, they complain of the feeling that the testicles would literally burst if there is no effusion – and they are even a little right: “Blue Balls” or pains of a gentleman (because the gentleman holds back elegantly) will be Called a phenomenon in which the blood that has accumulated in the testicles as a result of s3xual arousal (which, among other things, helps to achieve an erection) cannot drain and gives one testicle or both a bluish discoloration.

It usually occurs with prolonged s3xual abstinence and can cause pain in the testicles and groin area. However, other diseases such as sperm congestion are not known.

6. What is the blood-testicle barrier?

The blood-testicular barrier is a molecular barrier in the seminal ducts of the testicle. It ensures that no pollutants and antibodies come into contact with the sperm and harm them.

If I want to get pregnant, should I be concerned about sperm production in my husband’s testicles?

7. What kind of underpants is better for the testicles to function – tight, wide, or maybe none at all?

The temperature in tight-fitting underpants is only slightly higher than in the wide version or completely “down without”. When buying underwear – at least with regard to the testicles and their sperm production – no consideration must be given to the model. Tight briefs do not prevent the testicles from sagging, as they are held by a muscle – the cremaster – and not by underpants.

8. If I want to get pregnant, should I be concerned about sperm production in my husband’s testicles if he drinks alcohol regularly?

In general, alcohol weakens the organism and thus also the s3xual organ, but if drunk in moderation, it has no effect on the function of the testicles. However, if a man constantly drinks large amounts of alcohol, this can affect the hormonal balance in the body so badly that the processes in the testicles are negatively influenced or even permanently disrupted.

READ ALSO:  Are you a Good Kisser? Your Horoscope, Zodiac Sign can expose you

So what is important, the length or the girth? How big should a penis be? All the answers here

9. Do men without testicles live longer?

Due to the fact that women have a longer life expectancy than men, researchers have long seen a connection between the production of the male s3x hormone testosterone in the testes and aging. Your guess: In order to be a suitable candidate in the course of evolution and reproduction, a man must produce more germ cells and male hormones. The energy that he puts into this process is then lacking in other places (for example in the defense against pathogens), which means that he ages faster.

This thesis is confirmed by a study by Inha University in Incheon published in the magazine “Current Biology” in 2012: Its researchers evaluated family chronicles of castrated Koreans from 1392 to the beginning of the 20th century. They compared the life data of the eunuchs with the data of men with fully functioning testicles from the same period with a similar environment and status. The result: the life expectancy of the eunuchs was more than 14 years higher than that of their peers. Tests with rats and dogs also showed that the castrated animals live longer than those with 100% testosterone production.

A study by the University of Southern California published in the American magazine “Cancer” in September 2012 establishes a connection between marijuana consumption and the development of testicular cancer. When surveying testicular cancer patients and healthy men, the researchers found that those with the disease had to deal with the drug twice as often as the men who had not been diagnosed with cancer. The scientist Victoria K. Cortessis carried out three series of tests on the subject, and the result was always the same: “Marijuana use increases the risk of testicular cancer by 50 percent.”

According to the studies, the drug is said to disrupt the interaction between the brain and testicles, which is necessary for the production of hormones. Amazingly, cocaine consumption has the opposite effect: It is said to reduce the risk of testicular cancer. According to Dr. Cortessis because cocaine destroys all germ cells in the testicles – healthy and dangerous. Cancer cells would not have a chance, but infertility could also be the result. Further studies are to follow in order to refine these test results.

‘All die be die’, ‘do or die’ comments: Prof Gyampo speaks on what hurts him the most

A Senior Lecturer at the Political Science Department of the University of Ghana (Legon), Professor Ransford Gyampo has reacted to...