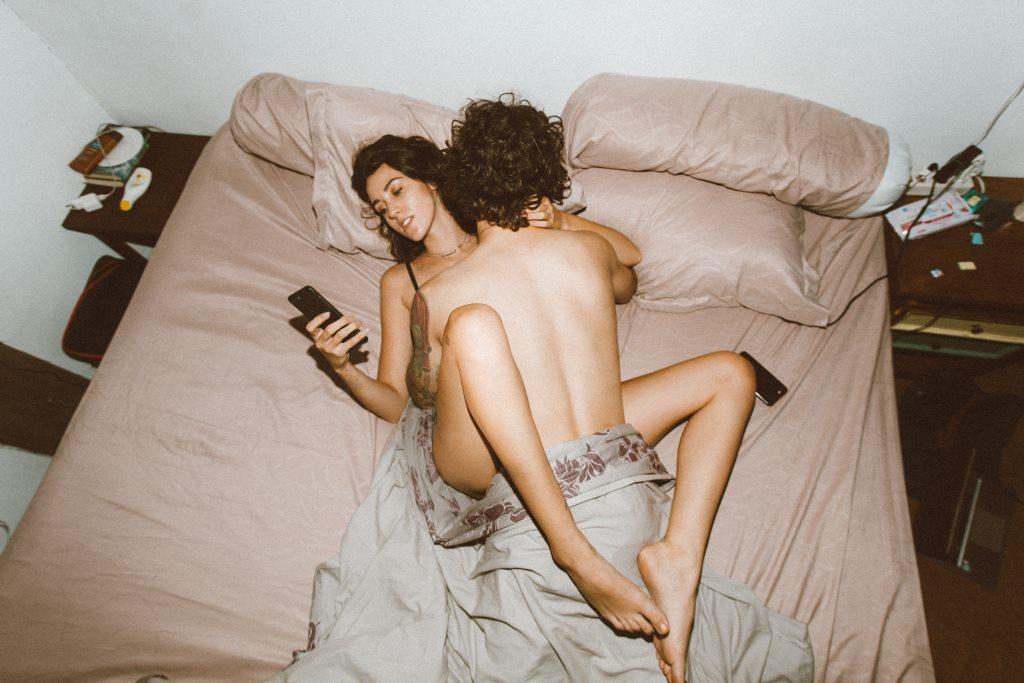 Lovesickness is a shitty feeling! Maybe even one of the most terrifying and painful. We’ve all had to go through that – and everyone deals with it somehow differently. Some want to be alone and think, others try everything to distract themselves.

Speaking of distraction, how about a little closeness and physicality with someone new? That can only help to forget the ex. But can distraction s3x heal our broken hearts? Is it the saving seam – or just a plaster on the gaping wound?

S3x against lovesickness is “a plaster on the wound”

Pooh! Nicolette doesn’t have a clear answer to this question: “Well, I think that to distract yourself with s3x is just a plaster on the wound, then it stops bleeding for a moment,” replied the influencer. For the moment, that could be comforting. But “depending on how stupid the person you sleep with is or how bad the s3x is, you get even more depressed afterwards.”

Yes, as different as lovesickness is, the methods of distraction also work differently. But what does couples therapist Ruth Marquardt say? S3x to get the ex out of your head – a good idea? “S3x is hot, exciting, arousing, suspenseful. S3x is mostly directed towards one goal: the orgasm. What happens when we have an orgasm, why is this goal so important for most of us? In the moment of the highest ecstasy we feel happiness .

READ ALSO:  Did you know that men without testicles live longer? Here are 10 facts about the testicles

Why? It is one of the few moments in which our thinking takes a break. We press the pause button on everything that preoccupies, burdens, annoys or unsettles us. We feel close, connected to our partner. And when things are going very well, we feel happy! That’s what we all actually long for, “said Ruth Marquardt. The body releases happiness hormones

But does this type of reward also help with lovesickness or is the high only short-lived? “Especially with lovesickness it can be that we use someone else as a” consolation “in order not to feel feelings such as sadness, insecurity, anger, despair or loneliness. We believe that s3x helps against lovesickness. What we actually do is us plunge into an exciting adventure – and swap an uncomfortable feeling for a good one.

The disadvantage: the good feeling usually fades quickly. The heartache stays with us longer. “Therefore, s3x can only help with heartache if it is clear:” I want to have fun now, do something good for myself, I feel better for a while when things go well. I am aware that the feeling of sadness or loneliness, my lovesickness, will come again. ”

READ ALSO:  Tracey Boakye and Mzbel battle it out over married man

So: S3x after a breakup can only relieve the pain for a short time. But other side effects can also occur. A new s3x partner can also be a chance to rediscover yourself and maybe try things that you didn’t dare to do before.

How to conquer lovesickness?

S3x can act as a distraction to numb heartache. But the process of healing also has to be lived through, says Ruth Marquardt: “It means really feeling feelings such as sadness, lack of understanding, fear of the future, loneliness, shame, pain and tears. We have just become so used to it to want to experience the so-called good feelings such as joy, love, happiness – and do not want to feel the negative feelings such as fear, anger or sadness.

For fear of not being able to endure them. The truth and also the healing, however, lies in every feeling up to to get to the bottom, to allow tears, to allow anger “. According to the expert, these feelings must be allowed so that the lovesickness dissolves step by step . S3x alone will not overcome lovesickness.

Founder and Leader of the Glorious Word Power Ministries International Reverend Isaac Owusu Bempah has been remanded in police custody...

The Achimota School and the Attorney-General have gone back to court to contest the ruling of the High Court that...