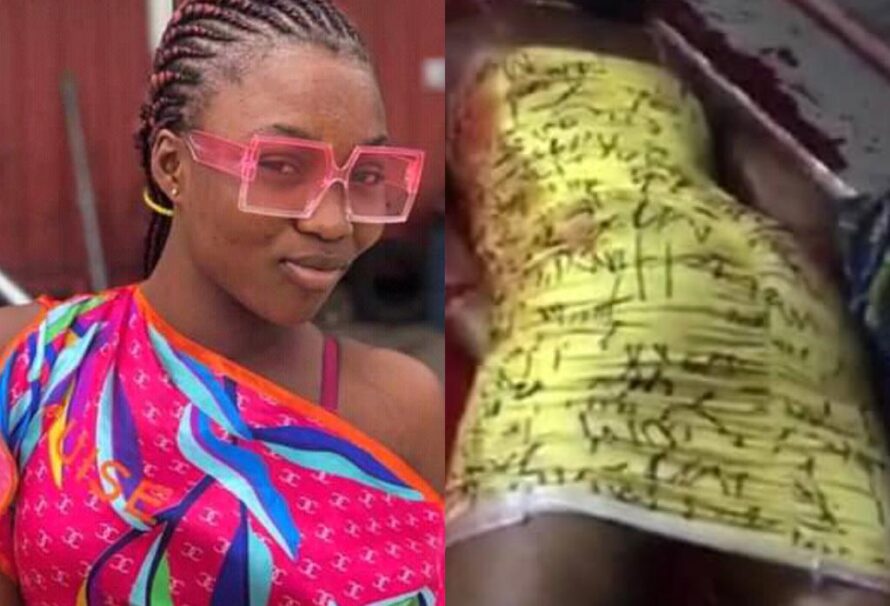 A 20-year old girl has been gruesomely murdered at her resident at Doryumu-Abeka in the Shai Osudoku District in the Greater Accra Region.

The girl, identified as Juliette Obu, resident said they were awakened Monday night to a single cry for help from her but only to find her in a pool of blood gruesomely murdered.

Some residents who last saw her say she was in the company with a young man suspected to be her boyfriend few minutes before she was found dead in a pool of blood. However, the young man is yet to be found and identified.

The residents at the moment are unable to explain what cause the killing of the young girl many describe as lively and friendly.

Others suspect it could be as a result of a relationship gone bad.

The police have since conveyed the body to the morgue to commence with investigation.