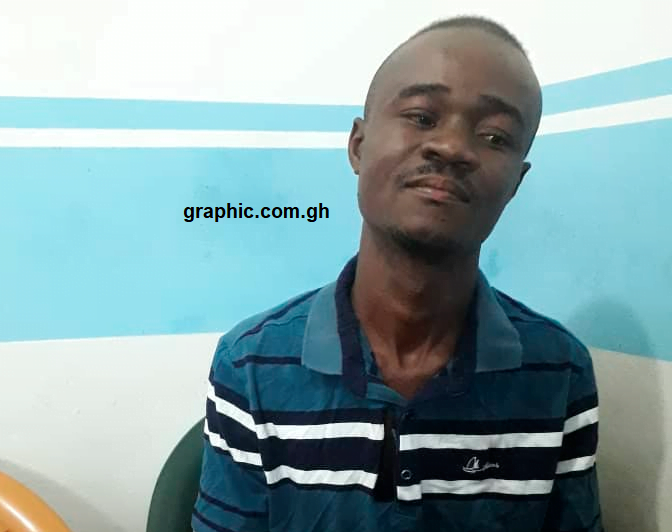 A 35-year-old Mechanic has been arrested for inflicting razor blade wounds on the hands of his four-year-old son for eating his chicken without permission.

The man identified as Mr. Anthony Adjei and a resident of Weija in the Ga South Municipality was arrested by the Weija division of the Domestic Violence and Victims Support Unit (DOVVSU) in Accra.

The single father was said to have left deep cuts wounds on the right arm of his son and subsequently abandoned him to serve as a lesson to him and his other siblings not to repeat the act.

Mr. Adjei has since been charged for causing harm to the boy while his 4-year-old son is currently, receiving treatment at the Police Hospital.

Speaking about the incident, the Public Relations Officer of the Accra Regional Police Command, Deputy Superintendent of Police (DSP) Effia Tenge told the Daily Graphic that preliminary investigations into the development had revealed that, the boy’s mother had abandoned her matrimonial home a year ago due to constant abuse by her husband.

According to her, a friend to the family reported Mr. Adjei to DOVVSU last Sunday, when she saw the wound on the boy’s hand during a visit to the family.

Upon queries, the boy told the visitor, whose name has been withheld by the police that the wounds were inflicted by his father.

The boy, she said, explained to the visitor that he was hungry the previous night so he took and ate a piece of chicken wings that had been kept in their fridge in the absence of his father and aunt whom they reside with.

Mr. Adjei upon his return was not pleased about the action despite the boy’s explanation and so took a razor blade and left the deep cut wound on his arm to serve as a deterrent to him and his siblings as well.

DSP Effia Tenge said the visitor then took the boy to the Weija DOVVSU and reported the incident to the police leading to the arrest of Mr. Adjei.

She noted that the police service was working to trace the whereabout of the mother of the 4-year-old boy.