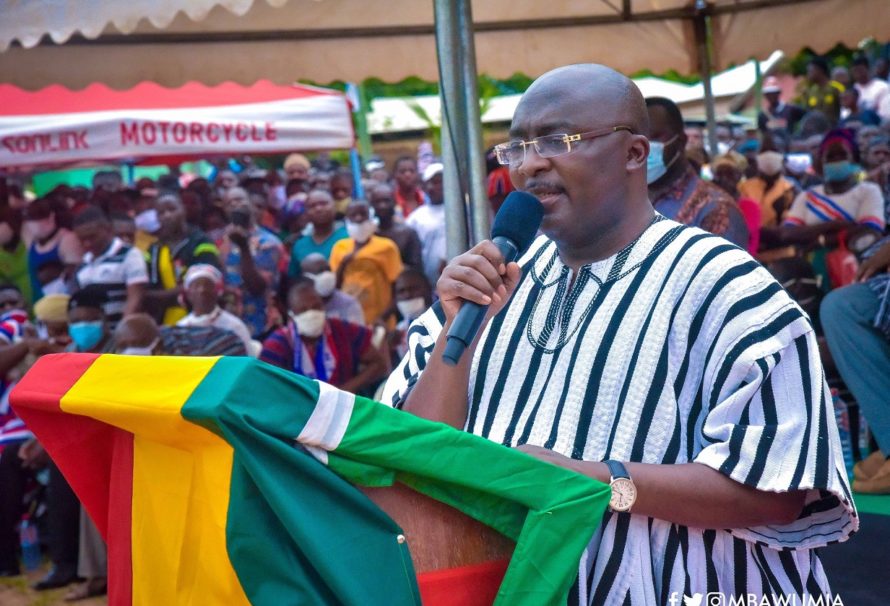 Vice President of the Republic of Ghana, Dr. Mahamudu Bawumia has disclosed that if former President John Mahama was voted into power the state of the country would begin to deteriorate.

According to him, based on the previous record of Mahama’s administration it would not be wise to give him another opportunity.

He made these statements during a durbar with the chiefs and people of Bulinga in the Wa East district.

“It is a crucial point that we have reached because we either choose to progress or regress. And to advance is to progress and to go back is to regress into inadequate leadership and suffering,” he added.

He stressed that the coming elections would provide the perfect opportunity for Ghanaians to link the current and past administration and verify for themselves which government had performed better, whether it was the current administration or that of former President John Dramani Mahama.

Dr. Bawumia further added that the leadership under John Mahama was an instance of bad governance and that could not be forgiven.

He however noted that the decision to enter the race in the 2020 elections for Mr. Mahama was that of personal gain and not the interest of Ghana nor Ghanaians.