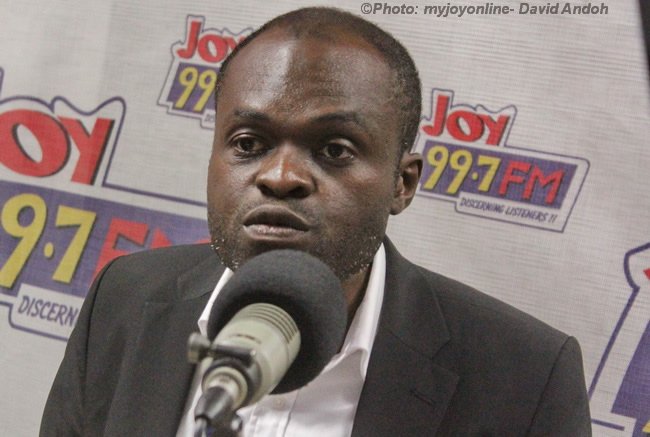 Admission brouhaha: eat the humble pie, the days of I am in charge here are way gone– Martin Kpebu tells Achimota School

Constitutional Lawyer, Martin Kpebu has urged the Achimota School in Accra to accept that it erred in it decision in demanding the Rastafarian students to cut their hair before accessing education at the school and apologize.

That he said would bring some closure to the development which taken over the media space for nearly two weeks.

According to him, mistakes are bound to happen in every profession and the school was no exception.

“I think Achimota School should eat the humble pie, those days of the strongman, we are in charge here, we will decide the roles please they are way gone, we have an overriding constitution which allows for freedom of religion and people can promote and all that”.

The legal practitioner made the comment while speaking on TV3’s current affairs programme, Key Point on Saturday, March 27 and monitored by GhanaPlus.com.

According to him, the country’s constitution supersedes all other laws and makes it clear that the position by the school was in contradiction of Ghana’s Constitution.

READ ALSO:  Your credibility have been thrown to the dogs - Ibrahim Murtala takes a swipe at TV3 over wrong election projection

Holding on to your stand would take Ghana back a century

He noted Rwanda for example ruled to allow the students admission to schools with their dread locks on religious grounds over a decade ago and a such, Achimota School holding on to its current position would mean taken Ghana back over a century and urged them to do the needful.

“All the court so far have accepted that if it is on religious ground let the child wear it, for crying out can you imagine even in Zimbabwe in 2007, the court that about 14years ago, the court say that the little can wear her dreadlock for religious ground, is it in Ghana in 2021 that we would now seek to go back a century old to say that no, no dreadlock here”.

We are make mistakes

Mr Kpebu emphasized mistakes were part of every profession in the country and called on the school to accept they made a mistakes in the schools reviewed rules and regulations and make the necessary amendment .

“So we should just accept, just like lawyers, we make mistakes in court all the time, Achimota should just accept that they have made a mistake, they should come and apologize for it, we shouldn’t have wasted all this time on this augments. It so embarrassing because the more they dig in their heel then am like wow what is this. Just accept, we all make mistakes, we all do, in all professions, doctors even make mistakes patience die I have made a mistake in your revise rules just say ok, we will go back, we will look at it we accept let the kids come on board and we move on,” he emphasized.