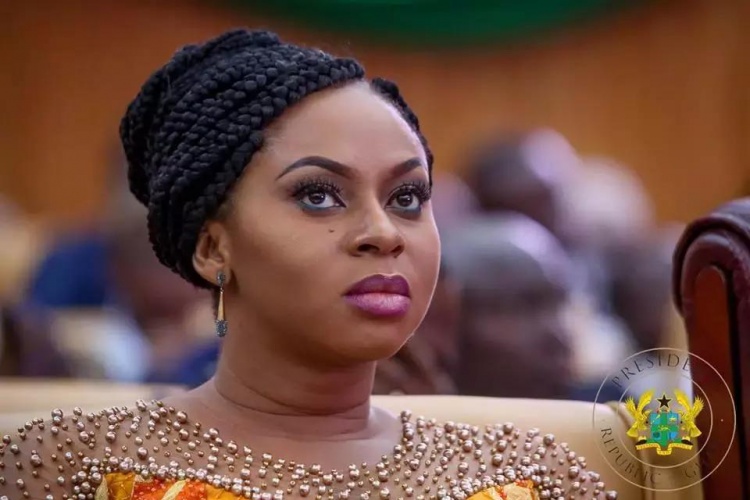 A Senior Lecturer of the University of Cape Coast, Dr Jonathan Asante Otchere has said that the Minister for Gender, Children and Social Protection designate, Ms Sarah Adwoa Safo might not be a suitable choice for the ministry.

According to him, that ministry requires a woman who is sober at heart and not temperamental a trait he indicated he was yet to see in the Member of Parliament for the Dome Kwabenya Constituency of the Greater Accra Region of Ghana and former Minister for Procurement.

“You see for that particular ministry, we need a woman who is not temperamental, who is quite sober. I don’t see that kind of temperament in her,” he answered when quizzed about Adwoa Safo’s new position.

“Let me say, I think that she is a woman who is a little temperamental, she is quite boisterous and when you see her as it were and they way she argues in parliament and the like, I think that ministry should have been given to somebody who is quite sober in heart and will have children at heart and I don’t see that particular character and demeanor in her,” he added .

Dr Asante Otchere made the observations on Thursday, January 21, 2020 in an interview with TV3’s [email protected] and monitored by GhanaPlus.com

Ms Adwoa Sarfo, Member of Parliament for the Dome Kwabenya Constituency of the Greater Accra Region of Ghana was nominated by the President, Nana Addo Dankwa Akufo-Addo on Thursday as one of the 85 Ministers to serve in his second term.

The former Deputy Majority Leader of the 7th Parliament would now serve the country as the Minister of Gender, Children and Social Protection if her appointment is approved by Parliament.