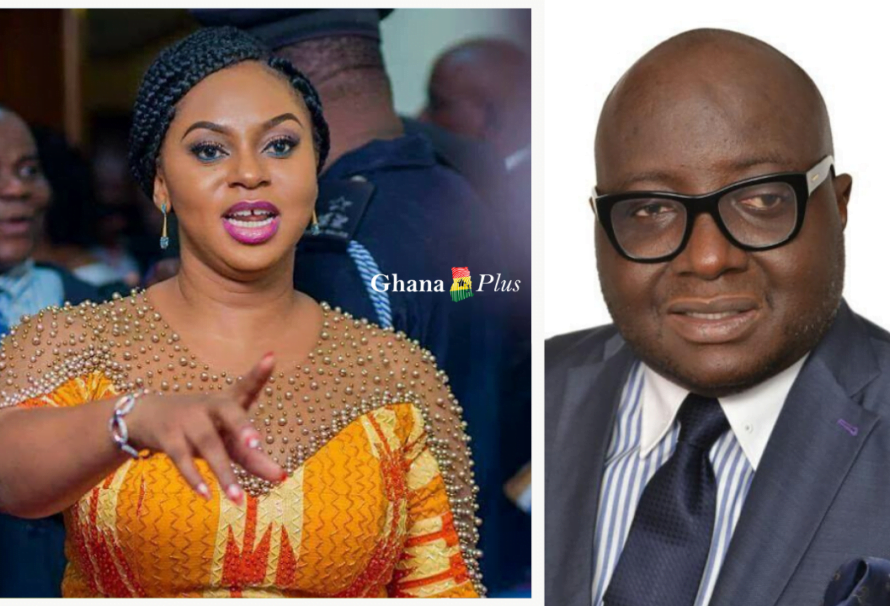 In a keen contest, the MP who also doubles as the Minister of State in Charge of Government Procurement at the Presidency pulled a total of 496 votes cast as against 488 votes earned by Mr. Ocquaye Jnr.

The election at the constituency was generally, peacefully, even though, it was one of the twenty-six (26) hotspots identified by the party ahead of the primaries.

READ ALSO:  Jean Mensa’s elect not to testify – petitioners were not strategic enough

Addressing the delegate after elections, Adwoa Safo said she was humbled by honour done her once again. She went on to indicate that she would continue the works she had been doing in the past nine years; the constituent honoured her to be their representative in parliament.

Mr. Ocquaye Jnr on his part accepted defeat and pledge his support to the MP in the upcoming December elections to enable the party to retain the seat.

In 2011, when the two contested for the first time Sarah Adwoa Safo bagged 186 votes while Mr. Ocquaye Jnr. won only 124.

Hon. Sarah Adwoa Safo was born on December 28, 1981. She is the daughter of Apostle Dr. Kwadwo Safo Kantanka, the multi-dimensional scientist and founder of Kantanka Automobiles and Kristo Asafo Church.

She comes from Ashanti Bekwai in the Ashanti Region of Ghana.  Adwoa Safo holds a Bachelor of Law degree from the Ghana School of Law, L.L.B from the University of Ghana and L.L M. from the George Washington University, USA.  She is a Lawyer by profession and has served on several boards in Ghana’s parliament since 2013.