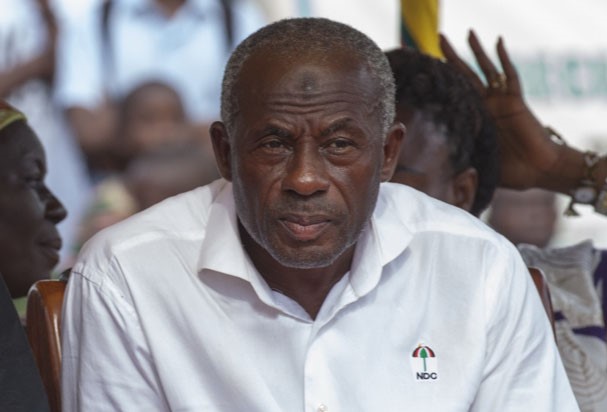 AG sues Collins Dauda, four others for causing financial loss to the state

The Attorney General and Minister of Justice,Mr Godfred Yeboah Dame, has begun legal processes at the High Court against the Member of Parliament for Asutifi South Constituency, Alhaji Collins Dauda and four others.

The four, together with Mr Duada, a former Minister of Water Resources, Works and Housing in the erstwhile John Mahama administration were being sued for willfully causing financial loss to the state in the Saglemi Affordable Housing Project, a project which was expected to provide affordable 5,000 housing units to mitigate to some extent accommodation challenges in the country.

Alhaji Collins Dauda was said to have misapplied some $200,000 of the monies allocated for the project.

“Alhaji Collins Dauda between February 2014 and December 2016 in Accra in the Greater Accra Region, you intentionally, misapplied the sum of Two Hundred Million Dollars ($200,000) belonging to the government of Ghana by causing the said amount which had been approved by the Parliament of Ghana for the for the construction of 5,000 housing units to be applied towards the payment of 1,412 housing units under the Saglemi Affordable Housing Project,” the statement of offence reads.

According to the statement filed on July 30, at the High Court , the five are being sued for intentionally misapplying public property contrary to Section 1(2) of the Public Property Protection Act, 1997 and willfully causing financial loss to the state to Section 179A(3)(a) of the Criminal Offences Act, 1960 (Act 29).

READ ALSO:  Love him or Hate him, J.J Rawlings stood for something