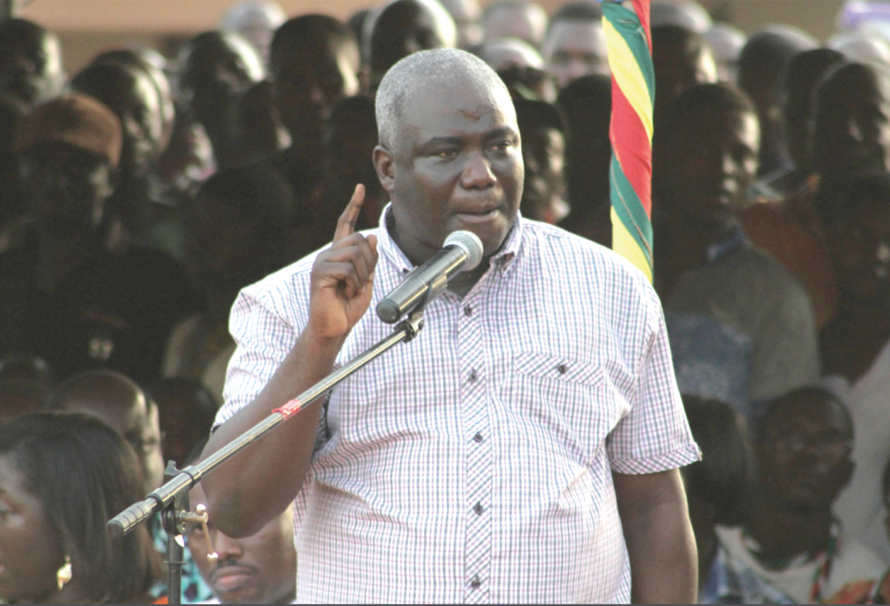 The Ranking Member on the Food, Agriculture and Cocoa Affairs Committee of Parliament Mr. Eric Opoku has disclosed that the New Patriotic Party (NPP) government had misplaced and mismanaged the gains made by former President John Dramani Mahama in the agriculture sector.

Speaking at the Town Hall meeting in Kumasi, yesterday, he stated that there were many investments made into the agriculture sector by the former President, aimed at boosting the performance of the sector by way of distributing fertilizer to farmers.

According to him, since the NPP led government took office those investments had been squashed.

Mr. Opoku, who is also Member of Parliament for Asunafo South Constituency in the Brong-Ahafo Region of Ghana, pleaded with Ghanaians to kick the NPP out the door in the upcoming Presidential and Parliamentary elections.

“Let us join together under the umbrella of the NDC and former President John Dramani Mahama in this year’s election to allow the NDC to implement the good policies and plans that begun in their first term of office,” he said.

Adding that “The current administration has failed the country and has eradicated the agriculture sector”.

Planting for Food and Jobs

Meanwhile, in a video cited by GhanaPlus.com, Issifu Pangabu Mohammed, an agriculturist, and a former NDC Member of Parliament of Ejura-Sekyedumase constituency in the Ashanti Region, has praised the NPP led government for bringing the Planting for Food and Jobs initiative and boosting the agriculture sector in Ghana.

Mr. Issifu Pangabu Mohammed who has personally benefited from the initiative after losing his seat in Parliament praised Akufo-Addo on behalf of all farmers.

“On behalf of all farmers, I will like to thank H.E. Nana Akufo Addo for everything he is doing for us,” he said.