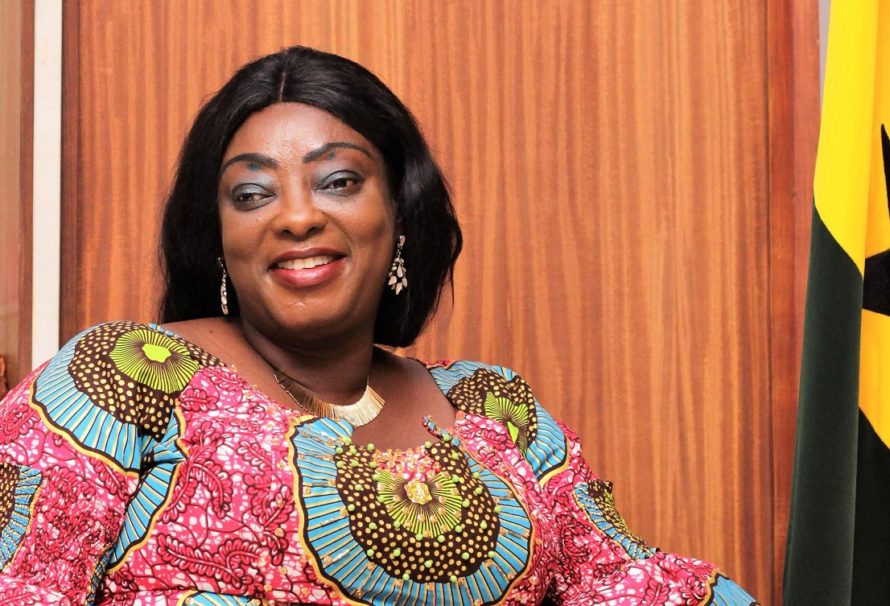 Mrs. Freda Akosua Oheneafrewo Prempeh, Member of Parliament (MP) for Tano North Constituency in the Ahafo Region, has declared that the many achievements of the Nana Addo Dankwa Akufo-Addo’s government have attained enough merit to warrant the votes of the electorate in the Constituency.

According to her, her government has not failed in their duties of improving the livelihood of the constituents as well as bringing unparalleled development in the area.

Speaking with the Ghana News Agency (GNA) at Duayaw-Nkwanta, Mrs. Prempeh who is the Deputy Minister of Gender, Children and Social Protection, advised her constituents to continue to be faithful to the President and to renew his tenure in office.

She noted that the developmental projects carried out in the constituency were a testament to the Presidents promises and his inability to gain a second term would be a sign of ungratefulness.

Mrs. Prempeh added that in the constituency areas such as education, health, agriculture, road network, and electricity had been immensely enriched as well as the provision of more than 60 boreholes in the deprived communities, with an estimated 30 other communities being added to the national electricity grid.

She promised that the Bomaa-Onye-Nkwantabisa, Adrobaa-Krofrom-Susuaho, Bomaa-Anwenase-Atonsu, and Duayaw-Nkwanta-Bomaa roads would be renovated by the end of the year, while the 12.7 kilometre Techire-Adrobaa road was almost completed.

She added that work was steadily progressing and the end was near for the Tepa-Bomaa, Duayaw-Nkwanta-Bredi, Duayaw-Nkwanta-Adagyamamu, as well as Bourkrukruwa and Yamfo town roads.

Mrs. Freda Prempeh further added that the roads being constructed under the Cocoa Roads Rehabilitation Project had been awarded and works had begun. These roads include the Yamfo town roads, Bomaa-Duayaw-Nkwanta stretch, and the Bomaa-Dwenase-Atonsu.

She offered praise to the President on behalf of her constituents for the enormous aid given in infrastructure and health.