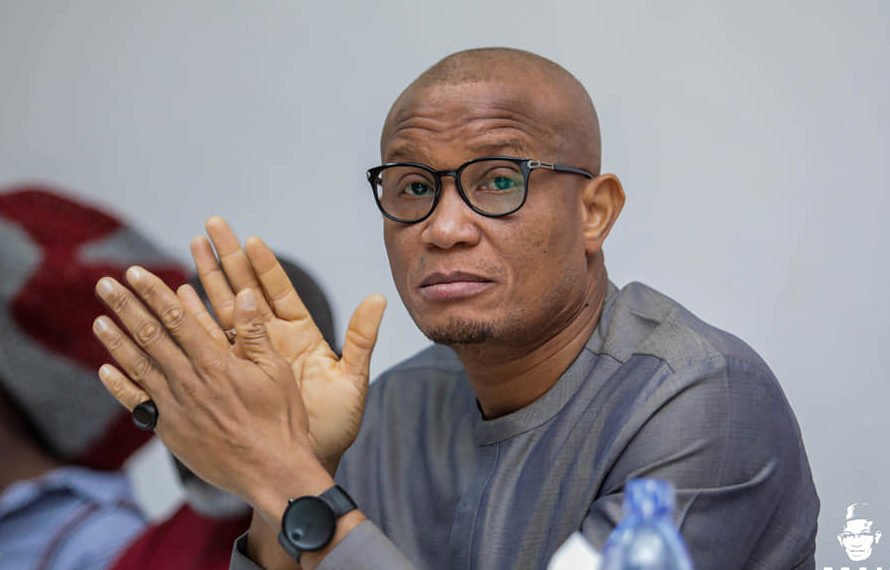 The reigning New Patriotic Party (NPP) has noted that the President, Nana Akufo-Addo, is more credible than the Presidential candidate for the National Democratic Congress (NDC) John Mahama.

According to the party, of the two candidates, President Akufo-Addo has more credibility and is full of truth and honour.

Speaking at a news conference in Accra on Monday 14th, September 2020, a Deputy Campaign Manager for the party, Mustapha Hamid, noted that the country was in need of a President who was full of truth and would be able to lead the country.

“What I mean is that for a leader to lead a country whose economy was failing, the leader would need to be bold, full of integrity, and be visionary. Note that the NPP came into power at a time when the economy was suffering and falling into the arms of the IFM for aid to solve the so-called policy credibility.”

“The primary role of any government should be to show that it is able to run and maintain the affairs of the country. It is a big blow to any country when its government is weak and seeks sustainability from external sources.”

Adding that “Indeed, this country had so lost its sense of credibility so far that the people of the country were being fed from the importation of plantain. It is the sole job of the government to feed its people and it was through the visionary leadership of Akufo-Addo through the planting for food and jobs programme that has revolutionized Ghana from a net importer of food to a net exporter of food. Currently, Ghana exports the following food items to other ECOWAS countries- cashew, plantain, yam, cassava, maize, banana, pineapple, soya beans, coffee, coconuts, palm oil, shea butter, and palm oil.’’

Dr. Hamid stated that the manner in which the government handled the COVID-19 outbreak in the country was spectacular and was applauded by the world.

“Presently we are soon to forget that the pandemic existed. Although some countries in the world are still affected. Through the decisions of the President measures were put in place to curb the spread of the virus and when he said that, “we shall defeat COVID-19 together”, many took it as political talk. But he knew what he was doing. And from the partial lockdown to easing restrictions, to sending final year students to school, a lot of the citizenry were concerned and hoped that we would emulate some of the West-African countries who could not do what we had done.

Such as an instance where some Ghanaians wanted us to emulate the Nigerian Minister for Education who announced that no final year students would not be allowed to take their final year exams and so they called on President Akufo-Addo to do the same and prevent schools from re-opening. But the President stood his ground and now Nigeria is emulation us and is re-opening their schools,” Dr. Hamid added.