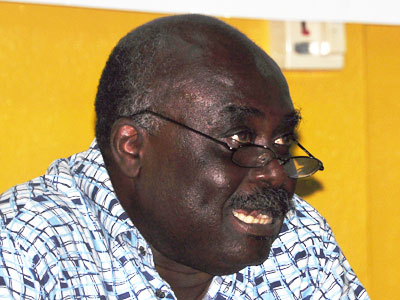 A former Ghanaian diplomat and members of the New Patriotic Party, Dr Wereko Brobbey has chastise the President, Nana Addo Dankwa Akufo-Addo over his decision to burn seized equipment in the fight against illegal mining in the country.

Speaking on State of Affairs on GhOne TV on Thursday, June 10, monitored by GhanaPlus.com, he said the president had the right to seek amendment of existing laws governing the sector if he feels the need to so other than resort to the illegality to fighting the menace.

He described the burning of the equipment as a grievous breach of trust imposes in him by the citizenry adding that was turning the country into an ‘abongo dictatorship’.

“I have been trying to find out what the rule of law means in Ghana. For example, there is a specific law that says if you seize a equipment that is being use for illegal activities, the law is there, you must give it to the Police until certain decision are made and then somebody says well, I don’t like the law so am going to burn the equipment…. You get the President of the country saying am going to burn the equipment and if you don’t like it go to court,” he said.

“That is a grievous breach of the trust we have given to the President because the President has the capabilities to go to Parliament and say for ABC reasons that law is not good, can we amend it? but to actually blatantly say that I am going against the law of the land because I am the President and I am going to use the force of the military to enforce, that is turning this country to an ‘abongo dictatorship’”

The political stalwart was responding to questions about what rule of law means to him in Ghana.

Go to court if your disagree with burning of excavators

The country as part of a new attempt to address illegal mining activities in the country, dubbed Operation Halt had resorted to the burning of seized equipment worth thousands of dollars.

That decision stem from previous experience where seized equipment including excavators were reported missing after the operation.

Many well meaning Ghanaians including the opposition, National Democratic Congress (NDC) and Civil Society Organisation had registered their displeasure with the decision and had advocate for its seizure and use for public good.

However, the President has asked persons who disagree with the current approach to fight the menace to seek redress at the law courts.

“I know there are some who believe that the ongoing battle to rid our water bodies and forest zones of harmful equipment and machinery is unlawful and in some cases harsh,” he said.

“I strongly disagree, and I would advise those who take a contrary view to go to court to vindicate their position if they so wish…that is what the rule of law is all about,” he added.