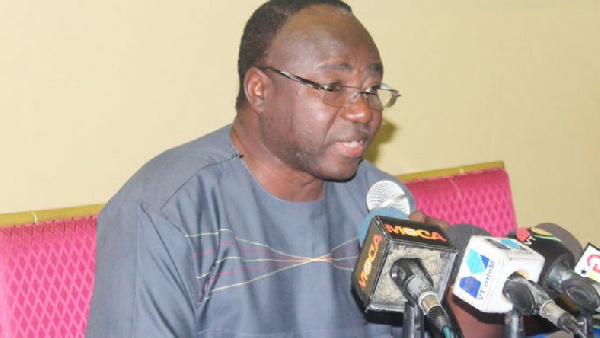 The sacked Chief Executive officer of the Public Procurement Authority, Adjenim Boateng Adjei has disclosed that all he sees in the CHRAJ report were nothing but lies against his personality.

He indicated that four of the companies listed in the CHRAJ report that he was the directors of, were companies he had no knowledge of and wondered why I state institution of such stature could peddle such falsehood against him.

He believed that the development was only a ploy to dent his hard-earned reputation in the country adding that all he sees in the report were all lies.

“If I take this report all I see is lies, lies, lies, and lies upon lies”, he said in the Fante dialect.

The sacked PPA boss was speaking to issues raised in the CHRAJ report in an investigation conducted on his office on Net2 TV’s flagship programme, The Seat in Accra, on Wednesday, November 11, 2020, and monitored by GhanaPlus.com.

“If you go to page 139 of the CHRAJ report, they have listed companies that they are saying that I am the director of those companies, four of the companies that I can mention here, I do not know them anywhere,” he said.

He listed AAC Financial Services, CFR Ghana Limited, TDL Pay Ghana Limited, and Canduns International as the companies which he had no knowledge of yet listed in the report.

CHRAJ in page 139 of its188 pages report titled “In the Matter of the Commission on Human Rights and Administrative Justice Act 1993, (Act 456) and in the Matter of Investigations into Allegations of Contravention or Non-Compliance with Article 284 of the 1992 Constitution By Mr Adjenim Boateng Adjei” said the sacked PPA boss managed 19 other companies as director concurrently with his duties as the PPA boss.

The report questioned, how, one person could hold directorship in 19 companies at the same time, however, speaking about the details of the report, Mr Adjenim Boateng Adjei said he does not know four of the companies neither had he served as directors of those companies.

The report was a result of an investigative documentary aired by ace Journalist Manasseh Azure Awuni last year in which the PPA boss was cited to have engaged in practices in which his personal interest conflicted with that of his office.