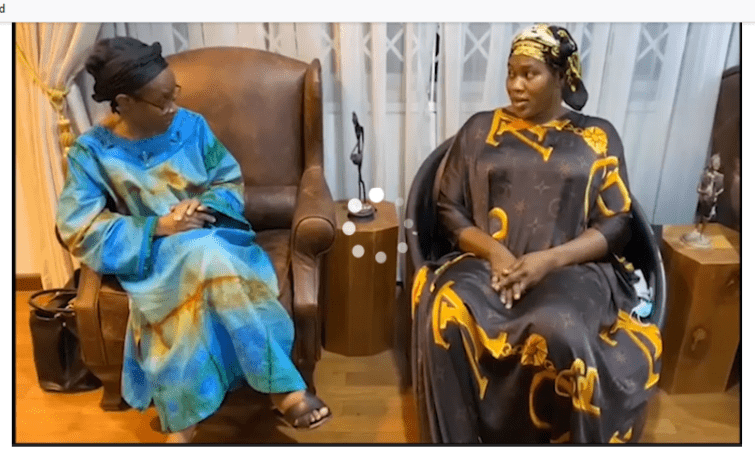 The lady at the center of the alleged corruption scandal against the President Nana Addo Dankwa Akufo Addo has described as surprising the turn of the event adding that she only supported the presidential campaign in 2016 as a supporter and nothing else as being reported in the media.

According to her, she had been an ardent supporter of the party for years before the visit and that she had always wanted to meet Nana Addo, the then Presidential Candidate of the New Patriotic Party.

The woman, identified as Hajia Fawzia Karim, wife of Alhaji Abass Awolu, the Director of Urban Roads in the erstwhile John Mahama administration made the revelation in an Interview with Asaase Radio in Accra.

“I don’t do politics outright but then I support the party, and just like any other business person will do, I had some T-shirt and some support I wanted to give to the party so he took me to Ama Busia who was supposed to lead us to Nana but at that time, she wasn’t feeling too well so she also introduced us to the former Ambassador to Japan, Dr. Baffour Adjei Bawuah so he thought it wise to lead us to Nana and that was before the 2016 elections”.

“So I went with my support, I had about 1000 T-shirt which had pictures of the then-presidential candidate and his vice and then I added an amount of ₵40,000 and went to the old man to support the 2016 elections,” she added.

Hajia Fawza said she only performed her duty as a party supporter and never did she intend to bribe the then-candidate Akufo-Addo for a favour.

“It very surprising, I was so excited seeing him because he is somebody I have always admire so I took some pictures with him, so a had no intention this was his plans, so this is kind of shock to me,” her response on how she felt about the scandal in which she was involved.

She indicated that the young man who recorded the video and only identified as Yakubu suggested to her to donate her support to the then-candidate in person which she obliged after he facilitated their meeting through Ama Busia.

The President of Ghana and the NPP Presidential Candidate in the December poll scheduled to take place on December 7, Nana Addo Dankwa Akufo-Addo has come under several backlashes from the opposition National Democratic Congress, following the emergence of a video in which the President was captured receiving money.

The NDC has said the money was evidence that the President was corrupt and had called on Ghanaians to vote against them come December 7, elections.