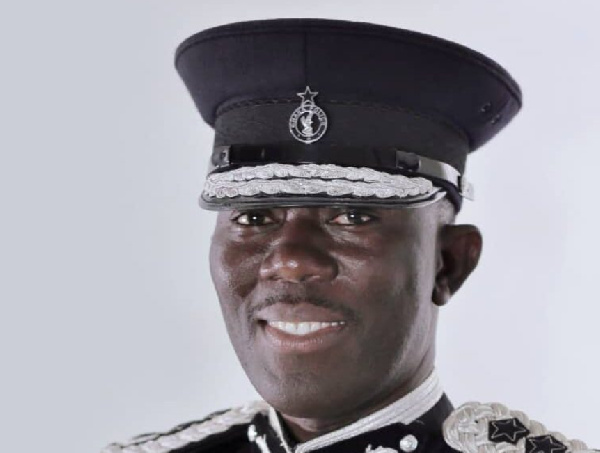 A Security Analyst and Executive Director of Security Warehouse, Mr Adam Bonaa has urged the newly appointed Inspector General of Police, Commissioner of Police(COP), Dr George Akuffo Dampare to as a matter of urgency begin restructuring in the serve to restore its lost glory.

According to him, the service currently luck formidable structures to enable it perform its duties efficiently, and effectively, adding there were persons in positions who appears clueless of what was expected of them.

“I am expecting to see him, once he is confirmed, I want to see a lot of movement and restructuring and ensuring that Police Officers in this country probably the lost glory they get it back. It gone, so some of us want to see our police officers ones again being police officers  and performing police duties,”  he noted.

Mr Bonaa made the remarks on JoyNews’ PM Express monitored by GhanaPlus.com on Wednesday, July 21.

“It should be to restructure the Ghana Police Service, at the moment it just exist but there is no structure so he needs to look at it and ensure that the right persons are put in positions where they can perform but at the moment it looks you have persons in various positions who have no clue of what they suppose to be doing,” he said while responding to a question of what the new IGP’s priority should be when he takes office”.

A Commissioner of Police(COP) and Director of Administration of Ghana Police Headquarters in Accra, Dr George Akuffo Dampare was on Wednesday, July 21, appointed by the President, Nana Addo Dankwa Akufo-Addo as the acting Inspector General of Police(IGP).

A letter from the Presidency and signed by the Director of Communications, Mr Eugene Arhin said “President of the Republic, Nana Addo Dankwa Akufo-Addo has directed the Inspector General of Police, Mr James Oppong Boanuh to embark on a terminal leave with effect from Sunday, August 1, pending his retirement from the Ghana Police Service on Thursday, 7th October 2021”.

Dr Dampare comes on board with wide range of experience in the Police Service having worked in various capacities including Director of operations, Information Communications Technology, ICT, Finance, Visibility, Welfare and many more in a 30years career which began in 1990.