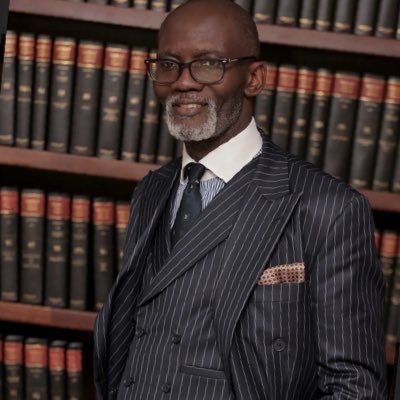 Lawyer and Founder of Danquah Institute, Gabby Otchere Darko  has said the conviction of the US former Police Officer, involved in the murder of African American, George Floyd was the best birthday gift he had received.

The ex- cop, named Derek Chauvin was convicted of all three charges leveled against him by the court on Tuesday, April 20, a day which also happens to be the birthday of the Ghanaian politician and lawyer.

Reacting to the news, in a twitter post sighted by GhanaPlus.com, Mr Otchere Darko wrote; “20th April — the day that Chauvin was confirmed as guilty of the murder of George Floyd. The best birthday gift today!”.

20th April — the day that Chauvin was confirmed as guilty of the murder of George Floyd. The best birthday gift today!

Derek Chauvin, 45, was filmed kneeling on the neck of George Floyd’s for more than nine minutes during an arrest on the street of Minneapolis in May last year, an event which expert had said caused his death.

The court on Tuesday convicted him on three counts; second-degree unintentional murder, third-degree murder and second-degree manslaughter in the murder case which sparked public outrage worldwide including Ghana.

He is expected to be sentence in about eight weeks, however, would be police custody while he awaits his sentence.