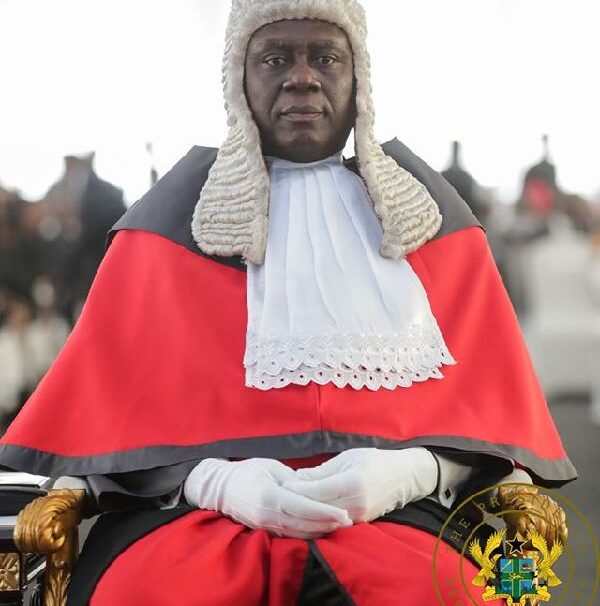 The Chief Justice of Ghana, Justice Kwasi Anim Yeboah has said his office is taken steps to solicit for assistance from the Member of Parliament for the Asawase Constituency in the Ashanti Region, Mohammed- Mubarak Muntaka to unravel the truth behind allegations of bribery he made against a Supreme Court Judge during the election of a Speaker of the 8th Parliament.

A statement signed by the Judicial Secretary, Justice Cynthia Pamela Addo on Wednesday, January, 13 said the Chief Justice considers the allegations a matter of grave concern to judicial integrity and would seek the assistance of the MP to establish the fact for subsequent action to be taken.

“The Judiciary has noted with grave concern the remarks of Mohammed- Mubarak Muntaka, Hon. Member of Parliament for the Asawase, which have been widely published in the media, alleging that a Justice of the Supreme Court attempted to bribe an NDC female Member of Parliament to vote for Right Hon. Aaron Mike Oquaye, in the election of the Speaker of the 8th Parliament, which took place on 7th January 2021” the statement reads.

“The general public is hereby assured that the Hon Chief Justice considers this allegation of impropriety a matter of grave import to the integrity of the Judiciary.”

The statement noted the public would be informed dully on any development that may arise.

READ ALSO:  I felt like a piece of wood sitting on me – Kwabena Minta Akandoh

“The Hon Chief Justice is therefore taking steps to solicit the assistance of Mohammed Mubarak Muntaka, MP, to establish the facts in order that the matter can be dealt with appropriately. The public will be apprised of any further development in due course,” the statement added.

The Member of Parliament for the Asawase Constituency in the Ashanti Region, Muhammed Muntaka, a few days ago indicated a Supreme Court Judge attempted to bribe a female member of National Democratic Congress (NDC) caucus in Parliament to vote in favour of the New Patriotic Party (NPP)’s candidate for the speakership position in the 8th Parliament, Prof Mike Oquaye.

According to him, he had evidence to support his claims and would provide it when the need be.