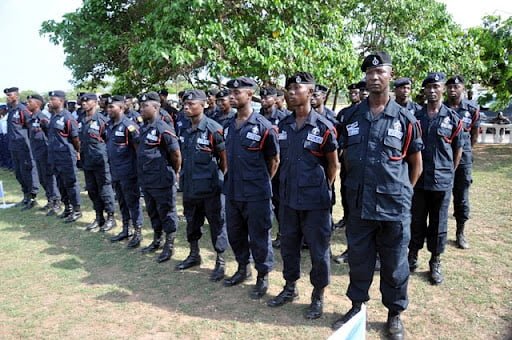 A police corporal with the Rapid Deployment Force (RDF) of the Bono Regional Police Command on Monday lost his life when a colleague accidentally shot him during a highway patrol operation.

The officer, identified as Corporal Rexford Amoako, was allegedly shot and killed accidentally by one of his colleagues at Dormaa in the Bono Region of Ghana while on a deployed operation from Sunyani.

Speaking to the Daily Graphic, the Bono Regional Public Relations Officer of the Ghana Police Service, Chief Inspector Augustine Kingsley Oppong said a member of the team allegedly fired his gun accidentally which killed Corporal Amoako in the Diabaa Forest in the Dormaa West District during the operation.

READ ALSO:  My girlfriend is uneducated but my Parents want me to marry an educated lady

According to him, his office had begun an investigation into the matter to ascertain what led to the tragic accidents.

“An investigation has begun to establish what actually took place and further developments shall be communicated to the public,” Chief Inspector Oppong stated.