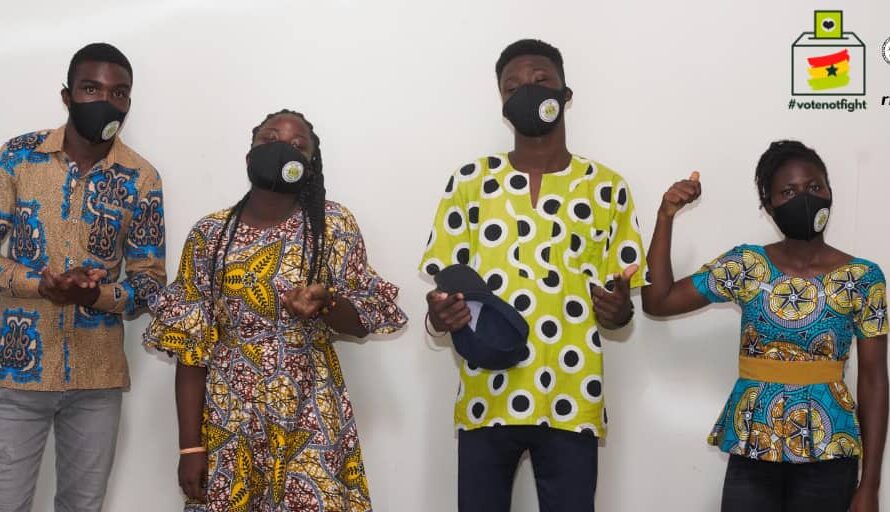 CYIB – Curious Minds, a youth-led non-governmental advocacy organization working to ensure that all children and youth are well informed and meaningfully participate in decision-making that affects their lives at local, national, and international levels with support from RFSU has launched a peace campaign dubbed “Vote Not Fight”. The campaign is geared at advocating for peace and active youth engagement before, during, and after the 2020 general elections.

Addressing the media at the launch in Tamale, Advocacy and Communications Officer at Curious Minds Mr. Cecil Ato Kwamena Dadzie, said that as youth, who make the majority in the country, we have a critical role to play in maintaining peace in the upcoming elections.

“As a youth-led organization, we believe that young people have a crucial role to play in maintaining the peace we enjoy as well as meaningfully contribute to the electoral process. Instead of being manipulated to fight for and by politicians, this campaign, many young people will research, read the manifestos, engage candidates, step out in their numbers to vote as well as track their promises and hold them accountable. The youth of Ghana have a lot to contribute and should be seen as resources and not problems. Curious Minds would continue to set the young people’s development agenda and make the voice of the youth relevant in the corridors of power.” He stated.

In an interview with two of the campaign’s youth peace ambassadors, Adiza Fuseini a member of the Northern Regional Chapter of Curious Minds said: “..the peace campaign is an opportunity to strengthen the peace building process to ensure a violent-free election as well as hearing the voices and views of young people from across Ghana and in the diaspora.” She also hopes that manifestos will offer sustainable solutions to the many challenges of Ghana’s youth, particularly young women-unsafe abortions, unplanned pregnancies, and sexual and gender-based violence.

Mohammed Hafiz Musah another peace ambassador and member of Curious Minds also retreated the fact there is the need to engage young people in the quest to make the election a contest of ideas.

“More engagements are needed especially among young people in rural and hard to reach communities, discussing the urgency to mobilize, share ideas and contribute meaningfully to the upcoming elections and beyond, to promote social and community development as well as national progress,” he indicated.

Curious Minds through this Social Media Peace Campaign seeks to increase youth voter turnout, reduce the incidence of violence esp. among youth, encourage positive youth engagement with a political candidate on issues, Mobilize commitments to and Pledges for peace. The campaign six month is expected to commence in the month of August and end in January next year.