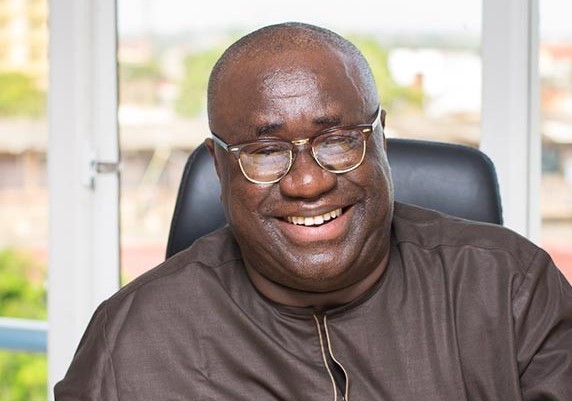 The Director of Faculty of Academic Affairs and Research at the Kofi Annan International Peacekeeping Training Centre,  (KAIPTC), Ghana, Prof. Kwesi Aning has described the newly appointed acting Inspector of Police(IGP), COP, Dr George Akuffo Dampare as the right man needed by the Ghana Police Service at the moment.

That he said was because , Dr Dampare who had risen through the rank in his 30year experience had gather the right courage to deal with everyone who goes contrary to the laws of the country, status and political affiliations regardless.

Speaking on PM Express on JoyNews on Wednesday, Dr  Aning said “He is right for the time, he is prepared, he’s thought through what he will do as an IGP, he’s trained people at multiple level, he’s held different appointment and he has got the gut to deal with anyone who crosses the line. That is what I like about him”.

“For him, this is not a cushy job where he is going to be polite and friendly because you gave him a job,” he added on the programme monitored by GhanaPlus.com.

Dr George Akuffo Dampare, a Commissioner of Police and Director of Administration at the Ghana Police Headquarters in Accra, was on Wednesday, July 21, appointed by the President, Nana Addo Dankwa Akufo-Addo as the acting Inspector General of Police.

He was to take over from the current acting IGP, Mr James Oppong Boanuh who is due for retirement on October 7, 2021 from the service.

Dr Dampare takes over as acting IGP on August 1.