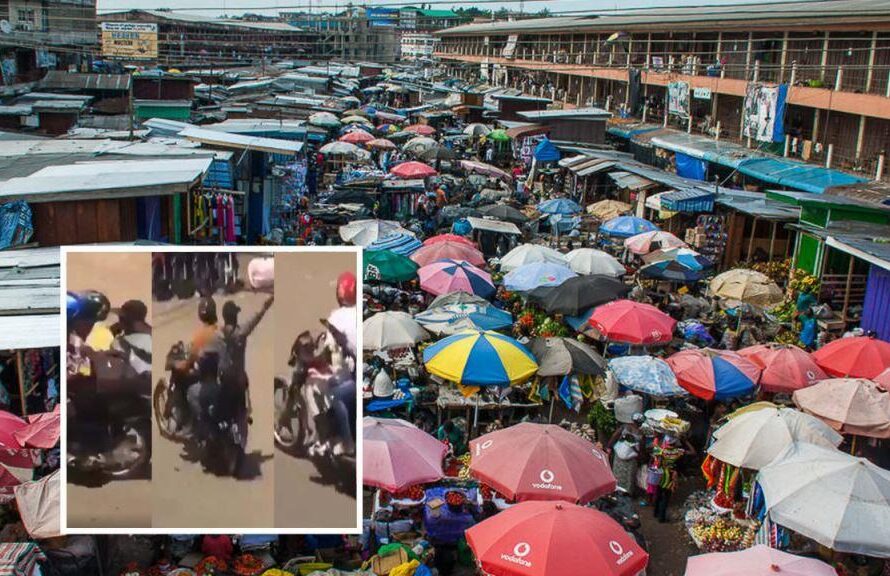 A daylight robbery at Alabar, a suburb of Kumasi in the Ashanti Region of Ghana on Friday, October 30 has claimed one life and left many others in fear.

The victim, only identified as Fuseini, a spare part dealer was shot dead by the armed men who attacked a shop at Alabar High Street, on Friday afternoon.

Footage of the robbery attack sighted by GhanaPlus.com had the men numbering 6, and sitting in pairs on three motorbikes firing guns in the full glare of residents and shoppers.

The men fired into the open air to disperse the resident at the busy shopping area while they fled the scene of the attack.

Today’s attack brings to two such robbery attacks have been recorded in the Ashanti Region within this week.

The first was recorded on Wednesday, October 28 in which a 62-year–old businessman, Alhaji Abubakar Sadiq was shot dead by the armed robbers at Asuadee, a community close to Mankranso while performing Muslim evening prayers at a fuel Station.