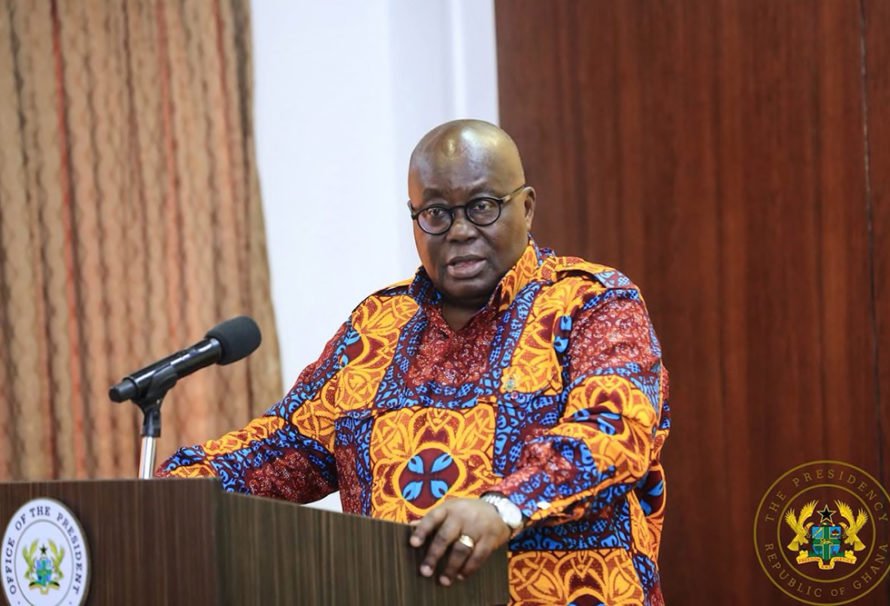 The President of Ghana, Nana Addo Dankwa Akufo-Addo has called on the Ghana Police Service to deal with persons who perpetrated acts of violence during the just ended voters’ registration exercise without fear or favour.

He indicated that, although the registration process was generally peaceful, the pockets of violence recorded were still regrettable and urged the police to deal decisively, with those involved.

“There were, nonetheless, deeply regrettable, isolated incidents of violence, which I condemn unreservedly, and which I expect the Police to deal with without fear or favour, but the exercise was generally peaceful”, he said

The president made the call on Sunday, August 16, 2020, during his fifteenth (15th) Covid-19 update address to the country.

According to him, the massive turn out by Ghanaian during the exercise amidst genuine concerns due to the Covid-19, was a demonstration of Ghanaians commitment towards consolidating the country’s status as a beacon of democracy on the continent and the world.

He congratulated the Electoral Commission on what he described as “generally peaceful” voter’s registration exercise.

“On behalf of the people of Ghana, I congratulate warmly the Chairperson of the Electoral Commission, Mrs. Jean Mensa, her two Deputies, Dr. Eric Asare Bossman and Mr. Samuel Tettey, and the entire Commission for the efficient, safe, transparent nature of the registration exercise, where, for the first time in our nation’s history, Ghanaians were provided with daily updates of the numbers of eligible voters registered, together with specific age, gender, regional breakdowns, and breakdowns of identity documents”.

The Electoral Commission of Ghana on June 30, 2020, began the compilation of new voters register amidst stiff opposition from the opposition National Democratic Congress (NDC) and some civil society organisations.

READ ALSO:  I don't want to be remembered for my wealth - Daniel McKorley

The process, although saw a massive turn out amidst fear of the pandemic, it also recorded some pockets of violence which were not anticipated.

Among them was the firing of a gun at the Awutu Senya East Constituency in the Central Region of Ghana, where the Member of Parliament and Minister of Special Initiative Mavis Hawa Koomson admitted to having fired the gun to protect herself.

One person also lost his life with others sustaining machete wounds among others.

The Ghana Police Service has since arrested some persons suspected to have been  involved in the violent attacks and are currently undergoing prosecution.