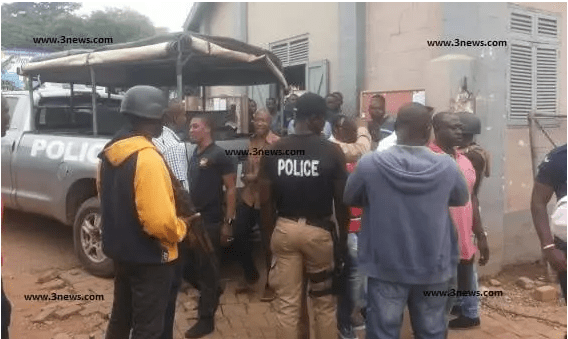 Some self acclaimed National Security operatives have been reported to have forced the Ashanti Regional Security Coordinator, DCOP (rtd) Kweku Ayensu Opare-Addo out of his office on Tuesday, May 11.


Mr Opare-Addo, former Ashanti Regional Police Commander, in an exclusive interview on Akoma FM‘s current affairs and political show GhanAkoma, told host Aduanaba Kofi Asante Ennin that “about 7 men came to my office and demanded me to leave the office”.

“They handcuffed me as they led me out of my office,” he added.

When asked whether the men beat him, he admitted, “They touched [and] humiliated me with impunity and I am very disappointed”.

READ ALSO:  Akufo-Addo is turning this country into an ‘Abongo dictatorship - Wereko-Brobbey

Almost in tears, the former security capo, a lawyer as well, suspects Mohamed Seidu, originator and leader of Delta Forces, a pro-NPP vigilante group, led the seven gentlemen in Rambo-style and handcuffed him.

In 2017, a similar fate befell the then Ashanti Regional Security Coordinator, George Boateng, when he was violently forced out of office by the same Delta Force.