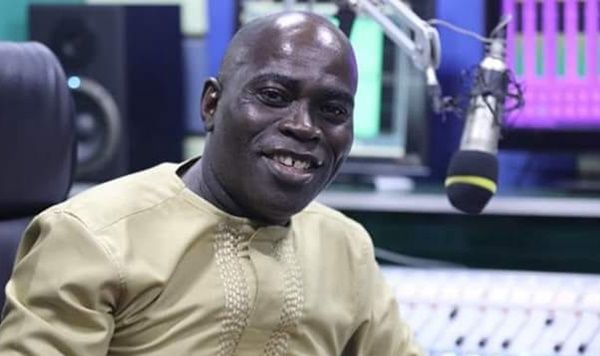 Barely three weeks after the death of Kwadwo Wiafe Annor, popularly known as Favourite MC’s MC, of the Despite Media Group, the media giant, has lost another seasoned presenter, Nana Agyei Sikapa.

He died at the Ridge hospital at age 55 after a short illness.

He was also the host of radio programmes such as Wɔbu bɛ a me nso me te bɛ, Wogyidie ne sɛn, all on Peace 104.3 Fm.

With “Tete” a cultural programme which sought to educate the Ghanaian public about their rich culture, the proverbial gem, impacted many lives with rich Ghanaian history, traditions and culture.

After his elementary school education, he went to Nyinahin L/A Middle School, where he passed the Middle School Leavers Certificate Extermination successfully and got admission to the Atebubu Training College to pursue a four-year certificate programme in Education.

Upon completion of the training college, Nana Agyei Sikapa taught for several years at the Atwima Agogo and Abuakwa R/C Primary Schools as a professional teacher.

His love for rich culture and poems landed him an opportunity on Golden City Radio in Kumasi as a guest and subsequently host of the morning show on the station. He finally moved to the Despite Media in 2003 after Dr Osei Kwame Despite invited him to join his talented team until his death on 19th June 2020 at the Ridge hospital.

A statement on Peacefmonline read:

May the gentle soul of our beloved colleague and brother rest in perfect peace.

Nana Agyei Sikapa will be remembered as a cultural enthusiast, a real gem and Ghana’s proud son.